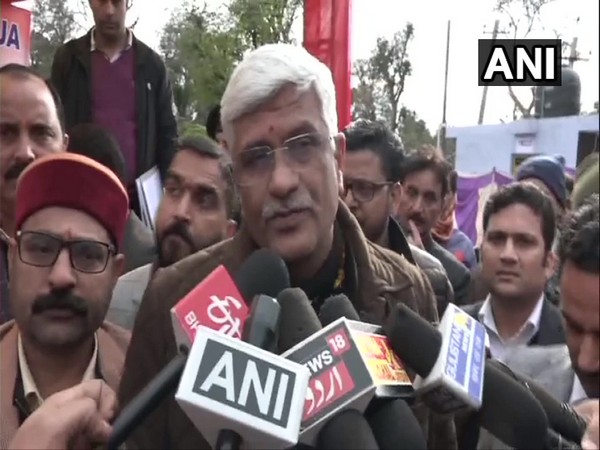 In his written reply in the Lok Sabha today, Shekhawat said data observations serve in hydrological design of water resources projects, crop planning, scheduling of irrigation, preparation of reservoir rule curve for guiding releases for various purposes.
Long term flow series assists in the calculation of probability of occurrence of floods in a year, he said.
"Real-time hydro-meteorological observations of rainfall, river water level/discharge and reservoir water levels play a crucial role in monitoring the flood situation in different parts of the country. The data from these observations are used by Central Water Commission (CWC) in the formulation of flood/inflow forecasts in its 330 locations/reservoirs covering 23 States and 2 UTs," read the reply according to the Ministry of Jal Shakti.
"Besides this, CWC has installed 950 satellite-based telemetry systems which transmit water level and rainfall information at various locations all over the country. In addition, 23 real-time snow hydrology sensors are also installed in the hilly states of Himachal Pradesh, Uttarakhand and Arunachal Pradesh," it said.
The Jal Shakti Minister said that India Meteorological Department operationalised SAFFGS (South Asia Flash Flood Guidance System) in October 2020, for issuing flash flood warnings from rainfall events using both observed (manual and telemetric data) and remote-sensed precipitation viz. radar and satellite-based rainfall estimates.
"As a Decision support system, it helps in issuing Threats and Risk-based guidance bulletins for Flash Floods with a validity period of 6 hrs and 24 hrs respectively for India and other South Asian countries of Nepal, Bangladesh, Bhutan and Sri-Lanka," he stated.
He pointed out that meteorological observations, including hydromet observatories, are useful for estimating current weather scenario and they serve as the initial condition for predicting the future state of the atmosphere.
"Even though, the forecast for cloudburst is not given as such, forecast and warning for impending intense rainfall activity associated with thunderstorms is provided by IMD for next five days on regular basis. The colour codes are used for representing the severity of the expected weather event, viz. Green - No warning (No action), Yellow - Watch (be updated), Orange - Alert (be prepared) and Red - Warning (take action)," the minister said.
"Even with the current advances in the field of meteorological modelling, the forecast of cloudburst events has not been possible and therefore it is difficult to predict such events. However, using the hydromet observations, the rate of rainfall can be estimated to check whether occurrence of cloudburst was there or not," he added. (ANI)