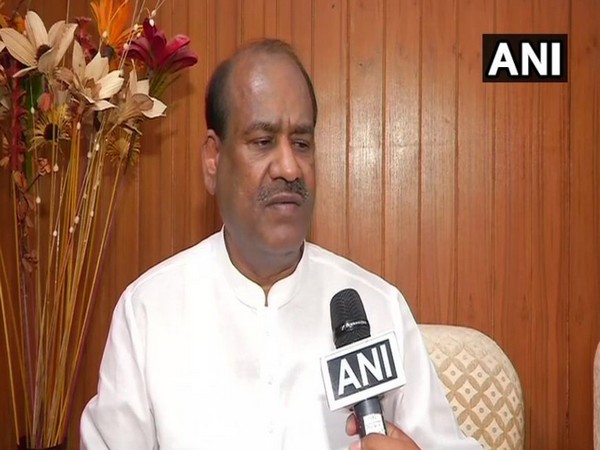 New Delhi [India], Oct 12 (ANI): An Indian Parliamentary delegation led by Lok Sabha Speaker Om Birla would be participating in the 141st Assembly of the Inter-Parliamentary Union (IPU) to be held in Belgrade, Serbia from October 13 to October 17.

During the assembly, Birla will address a gathering of presiding officers and parliamentarians from 179 member countries on the overall theme of "Strengthening international law: Parliamentary roles and mechanisms, and the contribution of regional cooperation".
After the conclusion of the general debate, a declaration will be adopted by the assembly. Birla will also address the gathering on Development and Economy at the Speakers' Dialogue on Governance.
The members of the Indian delegation will be participating in various meetings of the Standing Committees of IPU, Governing Council, Forum of Women Parliamentarians, Forum of Young Parliamentarians and Panel Discussions on important subjects. The Members will also attend the meetings of the Parliamentary Forum on BRICS and coordination meetings of the Asian Parliamentary Assembly (APA) to be held on the sidelines.
The Lok Sabha Speaker will hold various bilateral meetings with his counterparts from other parliaments on the sidelines to discuss matters of mutual interest and increased parliamentary cooperation.
The other members of the delegation include Congress MP Shashi Tharoor, DMK MP Kanimozhi Lok Sabha secretary-general, Snehlata Shrivastava, and Rajya Sabha Secretary-General, Desh Deepak Verma.
IPU is an international organisation of the parliaments of sovereign states with its headquarters at Geneva, Switzerland. As a focal point for worldwide parliamentary dialogue since 1889, the IPU works for peace and cooperation among people and for the firm establishment of representative institutions. (ANI)