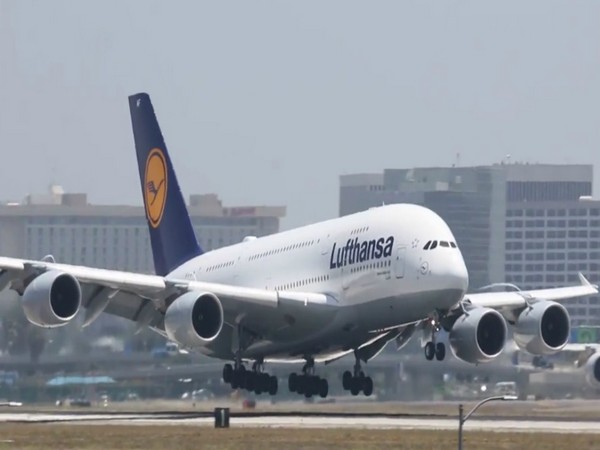 Lufthansa A380 aircraft departed at 12:45 pm CET as repatriation flight LH9912 from Frankfurt to Delhi to bring back German citizens.
The flight arrived around midnight at Indira Gandhi Airport in Delhi. The return flight, LH 343 to to Frankfurt, departed from Delhi at 1:30 am (local time).
George Ettiyil of Lufthansa group said, "Carrying out repatriation flights and bringing people back home is the responsibility that Lufthansa Group airlines bear being part of the critical infrastructure in the home countries of Germany, Switzerland, Austria, and Belgium."
"For us being able to operate the repatriation flight with the A380, it was very helpful that Indian authorities decided to extend visas of foreigners in India last week," Ettiyil added.
Walter J. Lindner, German Ambassador to India tweeted on Wednesday, "Today's update on our repatriation efforts. First evacuation flight (A380) with 500+ people left last night. The second one to be airborne tonight. Thanks also to the Indian authorities for the great cooperation!"
The second repatriation flight will land in Delhi tonight to evacuate 500 more German and European tourists stranded in the country.
Linder on Thursday tweeted, "Getting ready for our second evacuation flight from Delhi to Frankfurt tonight. Again an A380 with 500 stranded tourists from Germany and Europe. Individual characters for sure - distance yoga to fill waiting time ..." (ANI)