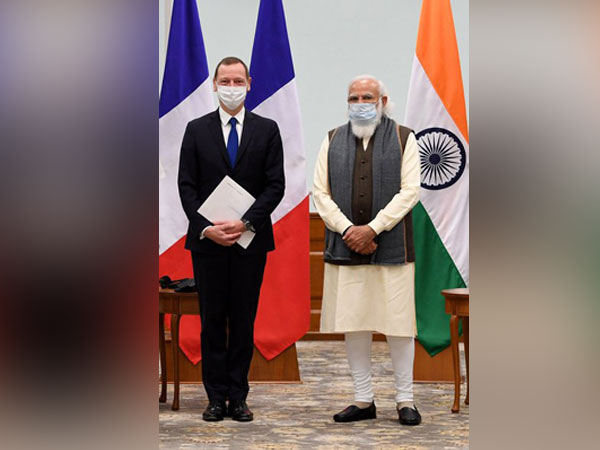 Official Spokesperson, Ministry of External Affairs, Anurag Srivastava, in a tweet said that the partnership between India and France is a strategic partnership that is emblematic of convergence of views.
"A Strategic Partnership that is emblematic of convergence of views! Mr. Emmanuel Bonne, Diplomatic Advisor to the President of France called on Prime Minister Narendra Modi (@narendramodi) and discussed wide-ranging bilateral and global issues," he wrote in a tweet.
According to a release from the Prime Minister's office, the Prime Minister expressed his satisfaction on the progress both countries have made on key aspects of the India-France Strategic Partnership, including counter-terrorism, cyber-security, defence and strategic cooperation, etc.
"Mr. Bonne also briefed the Prime Minister on India-France cooperation on various regional and global issues, including maritime and multilateral cooperation," the statement read.
Prime Minister fondly recalled his recent exchanges with President Macron and conveyed his best wishes for his health. He also reiterated his invitation to President Emmanuel Macron to visit India as soon as conditions permits, the statement revealed further.
"Had a productive meeting with Mr. Emmanuel Bonne, Diplomatic Advisor to President Macron. Expressed joy at the progress in India-France Strategic Partnership, a force for global good in the post-COVID world. Reiterated the invitation to my friend Emmanuel Macron to visit India," the Prime Minister tweeted. (ANI)