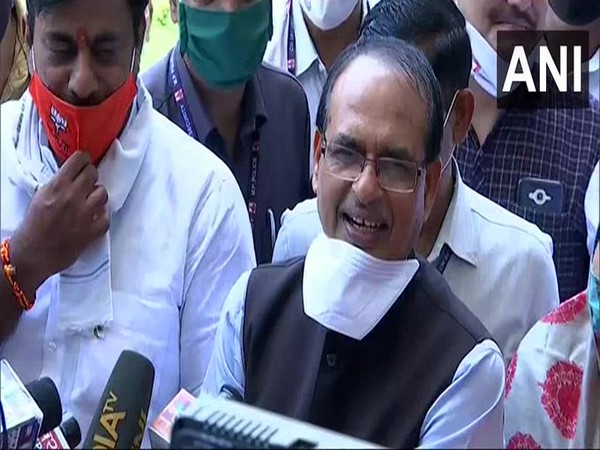 "Governor will take oath today and the cabinet will take oath tomorrow," Chouhan told reporters here on Wednesday when asked about the state cabinet expansion.
Uttar Pradesh Governor Anandiben Patel will take oath as the Governor of Madhya Pradesh. She was given additional charge of the Governor of Madhya Pradesh during the absence of Lal Ji Tandon, who has been undergoing treatment at a Hospital in Lucknow.
In April, Narottam Mishra, Kamal Patel, Meena Singh, Tulsi Silawat and Govind Singh Rajput took oath as Ministers in Shivraj Singh Chouhan's cabinet.
On March 23, Chouhan took oath as the Chief Minister after the resignation of 22 Congress MLAs following which the Kamal Nath government lost the majority in the state. (ANI)