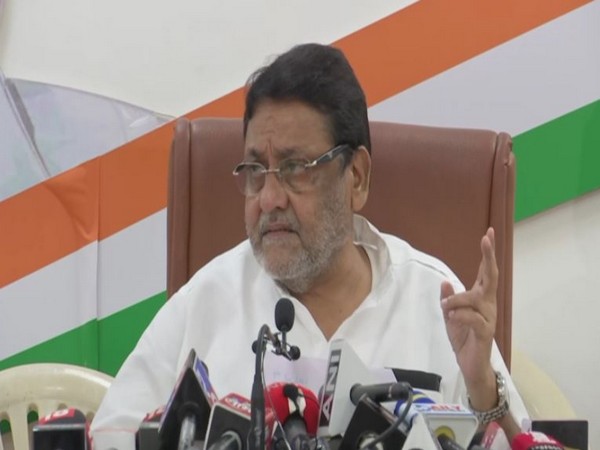 Mumbai (Maharashtra) [India], October 14 (ANI): Maharashtra Minister and Nationalist Congress Party (NCP) leader Nawab Malik on Thursday informed that the state government has upgraded his security arrangement after he allegedly got threat calls from various states due to his press conference last week.

During a press conference today, Malik said, "BJP leaders have been targeting me by saying that I am defaming Narcotics Control Bureau (NCB) to take revenge over the arrest of my son-in-law. Since the last press conference, which was held on October 9, I have been getting threatening calls. This is why the state government upgraded my security."
"The NCB had arrested my son-in-law (Sameer Khan) earlier in July. When his house was raided by the NCB, there was no recovery but still there were rumours that ganja and drugs were recovered. It was done by NCB to defame me," he said.
"Hearing Khan's bail application, the court released him in September. My whole family including my daughter was in trauma," he said.
Malik has been consistently alleging a connection between the BJP and the NCB.
Malik, earlier on Saturday, alleged that there exists a connection between the Zonal Director of NCB Mumbai unit and BJP leaders.
Earlier, Malik also alleged that the investigating agency is trying to frame Bollywood megastar Shah Rukh Khan's son Aryan Khan, and said that they should be ready for a legal battle. (ANI)