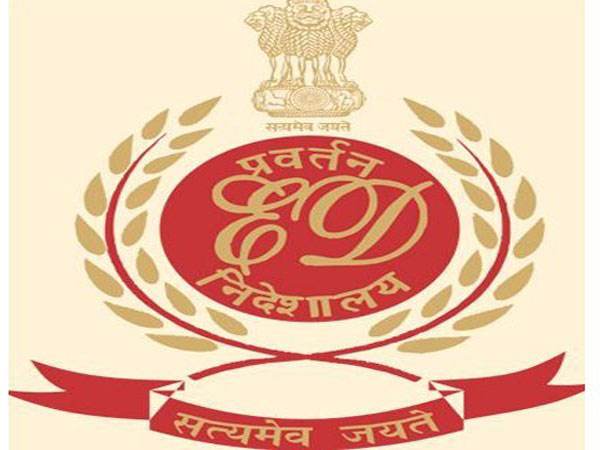 Mumbai (Maharashtra) [India], Oct 12 (ANI): Two associates of Muhammed Iqbal Memon alias Iqbal Mirchi have been sent to five days remand of Enforcement Directorate (ED) by a local court till October 15 in connection with a land deal worth over Rs 200 crore.

The duo, identified as Haroun Yousuf and Ranjit Singh Bindra, were close aides of Mirchi, an international drug dealer who died in the United Kingdom in 2013.
As they both failed to provide the facts during the course of the investigation, the ED arrested them on Friday for their non-cooperation in the case.
"The accused were arrested on October 11 by the Assistant Director of Enforcement Directorate under the provisions of Section 19 of the PMLA, 2002 in accordance with the law," said the ED in a statement.
"They played a very crucial role in the laundering of huge amounts of money in dealing of three illegal properties related to Mirchi in Worli at Mariam Lodge, Rabia Mansion and Sea View buildings," the ED added.
Mirchi, who was a close aide of fugitive gangster Dawood Ibrahim, had bought three properties Sea View, Marium Lodge and Rabia Mansion totally measuring 1,537 square metre in Worli area of Mumbai in September 1986 for an amount of Rs 6.5 lakh through his company Rockside Enterprises. These properties were tenanted but the tenants left these premises as the condition of these buildings was not good.
When the ED carried out searches at these properties, it was found that various criminal cases were lodged against Mirchi.
Later, Mirchi absconded from India and consequently proclamation against him was issued and his various properties were attached under Smuggling and Foreign Exchange Manipulators Authority (SAFEMA), the probe agency said.
It said that Yosuf and Bindra are prima facie guilty of the offence of money laundering as defined under Section 3 and punishable under Section 4 of PMLA, 2002.
The investigative agency has identified the benami properties of Mirchi, including 10 properties in Mumbai, one property in UAE and 25 properties in the UK. The ED will start the process to attach the properties in India and letters rogatory will be sent to the UK and the UAE to attach the properties. (ANI)