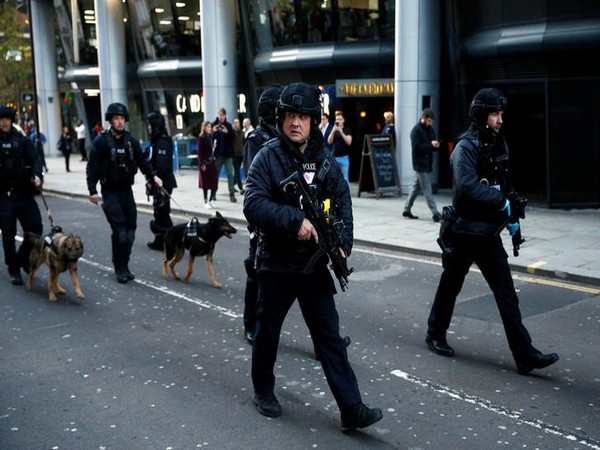 London [United Kingdom], Feb 2 (ANI): Armed police officers shot dead a man on Sunday after several people were injured in Streatham, south London, in what the authorities described as a "terrorist-related" incident.

The Metropolitan Police said in a tweet that it believed two persons have been stabbed and that the incident had been declared terror-related.
"We can confirm that the man shot by police today in Streatham High Road has been pronounced dead."
"A man has been shot by armed officers in Streatham. At this stage, it is believed a number of people have been stabbed. The circumstances are being assessed; the incident has been declared as terrorist-related," the Metropolitan Police tweeted shortly after 3 pm local time (10 am ET).
"We believe there are two injured victims. We await updates on their conditions. The scene has been fully contained. We will issue more information when possible," the Metropolitan Police said.
Police said it did not believe there were other suspects. The London Ambulance Service said it was called to the scene shortly before 2 pm.
"We are working closely with the other emergency services and are treating a number of patients at the scene," CNN quoted a spokesperson for the service as saying.
The incident comes just two months after police shot and killed a man on London Bridge in central London after an attack that left two people dead and three others injured.
In June 2017, eight people died in a multi-vehicle-ramming and stabbing attack at London Bridge. (ANI)