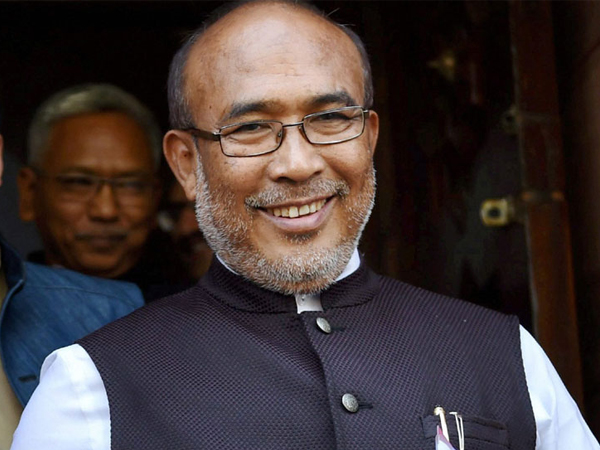 Imphal [Manipur], Sept 13 (ANI): The Manipur Police will launch a mass drive against illegal sale of liquor and unlawful manufacture of spurious liquor in the state, Chief Minister N Biren Singh said on Friday.
He made the announcement while addressing a press conference held at the Chief Minister's Secretariat on the backdrop of busting manufacturing units of spurious liquor by the police in the past few months.

Singh said that local liquor is being produced by some section of people as a part of their customary practice.
"However, this practice is uncontrollably turning into commercial exercise, which leads to adulteration and large scale production of liquor in the recent past," he added.
"As such, there is an urgent need for formulating a concrete policy in consultation with experts to check rampant sale and production of liquor hazardous to consume in the state," the Chief Minister remarked while seeking support from the masses to make the drive a success.
Even as the state government is deeply concerned about widespread sale of adulterated local liquor across Manipur, the Chief Minister said that detection of several Indian-made foreign liquor (IMFL) manufacturing units has become a big worry.
Underlining that spurious and adulterated liquor causes serious ailments, Singh asked all those involved in the business to stop such harmful practices.
Chief Secretary Dr. J Suresh Babu and DGP LM Khaute were also present at the press conference.
The seized items from a spurious liquor manufacturing unit located at Thoubal Athokpam, which was busted on Thursday by Thoubal Police, were displayed before the media at the press conference.
It may be mentioned that Thoubal Police had also earlier busted spurious liquor manufacturing units at Khongjom Bazaar and Thoubal Athokpam in March. (ANI)