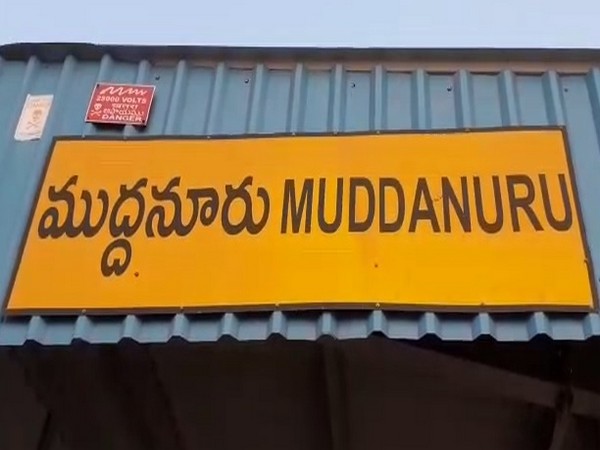 Kadapa (Andhra Pradesh) [India], September 16 (ANI): A married woman and her paramour died by suicide by jumping off into a canal at Nallaballi village, the police said.

Their bodies were found in the canal yesterday. This incident took place at Nallaballi village in the Muddanuru Mandal of Kadapa district.
According to Muddanur Inspector Harinath, Ramana, a native of Pulivendula town Kadapa district was working as a Village Revenue Assistant (VRA) at Marrikommadinne village of NP Kunta Mandal in Anantapur district. He had an acquaintance with a woman who worked as a village volunteer in Marrikommadinne village. She was married and has two children.
The Inspector informed that Ramana and the woman had an extramarital affair. Ramana's parents were making arrangements for his marriage. In wake of this, Ramana and the woman committed suicide. They jumped off into GNSS canal at Nallaballe village in Muddanuru Mandal of Kadapa district. Their bodies are found on Tuesday. The bodies are sent to Jammalamadugu Govt Hospital for post mortem, the police added.
A case has been filed under Section 174 of the CrPC. An investigation is underway, the inspector added. (ANI)