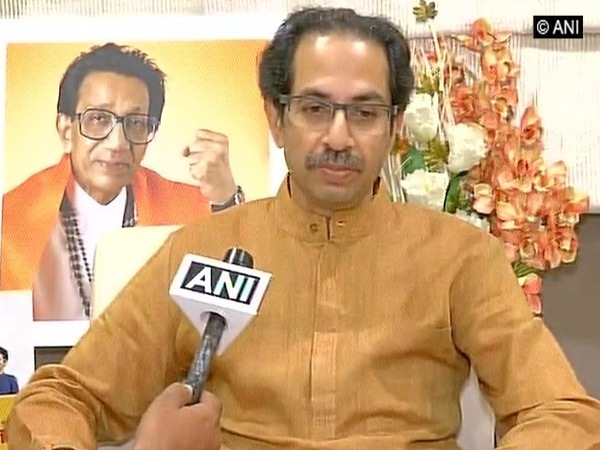 Mumbai (Maharashtra) [India], Feb 3 (ANI): Maharashtra Chief Minister Uddhav Thackeray said that 'power' has always stayed with 'Matoshri', the family residence of Thackeray's, irrespective of the government ruling the State and that with his becoming the CM, the 'government's power has now come to' 'Matoshri'.

"Power and 'Matoshri' have always stayed together. Becoming the Chief Minister of the State is definitely a different feeling but 'Matoshri' has always wielded power and there is nothing new in it. However, now the Chief Minister is from 'Matoshri'. The government's power has now come to 'Matoshri'," said Uddhav in an interview to Sena mouthpiece Saamana.
"Matoshri becoming the CM's residence is actually because of Shiv Sainiks, I have zero contribution in it. All this glory to Matoshri is actually of Shivsena Pramukh, Maan Saheb (mother) and affection of Shiv Sainiks," he added.
He further said that his becoming the Chief Minister was not a shock for him.
"No, it did not come as a shock (when allied with NCP, Cong and became CM). I am the son of Shiv Sena Pramukh (Balasaheb Thackeray). Several people tried to give me shocks but they did not succeed. This is a field where you have to accept right at the beginning that there will be a bit of pushing and pulling," he said.
"Accepting the CM post was not a shock for me and neither was it my dream at any point of time to become the CM," he added.
Uddhav, who is heading the Maha Vikas Aghadi (MVA) government of Shiv Sena, Congress and NCP alliance, was sworn-in as the Chief Minister of the State by Governor Bhagat Singh Koshyari in November last year after a month-long political drama. (ANI)