May be longest Budget speech in history but was 'hollow': Rahul Gandhi 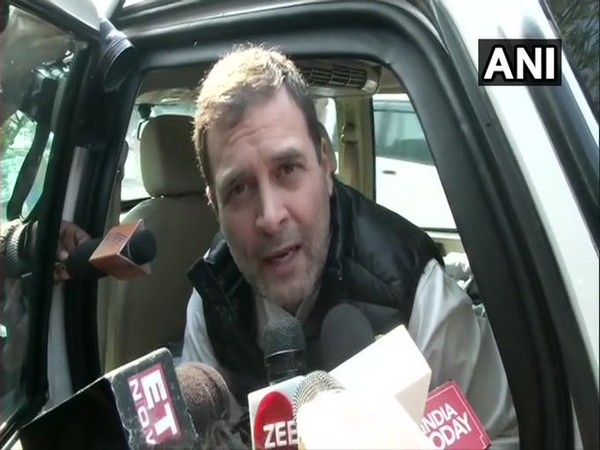 "Maybe this was the longest Budget speech in history but it had nothing, it was hollow," Gandhi told media while leaving the Parliament after attending the Budget session in Lok Sabha.
"The main issue facing [the country] is unemployment. I didn't see any strategic idea that would help our youth get jobs. I saw tactical stuff but no central idea. It describes government well, a lot of repetition, rambling- it is the mindset of the government, all talk, but nothing happening."
Sitharaman today presented her second Union Budget on behalf of the NDA-2 government led by Prime Minister Narendra Modi.
In the longest Union Budget speech in history, Sitharaman talked about tax regime, finance, agriculture, irrigation, water, sanitation, healthcare, education, infrastructure, women, digital connectivity among others. (ANI)