Mayawati slams UP govt over poor condition of roads 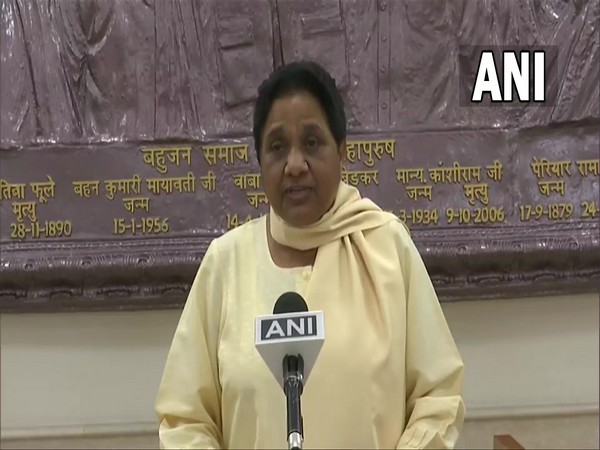 Lucknow (Uttar Pradesh) (India), September 15 (ANI): Bahujan Samaj Party (BSP) supremo Mayawati on Wednesday slammed the Uttar Pradesh government over the poor condition of roads in the state and said that the pothole-ridden roads are living proof of the failure of the government.

Attacking the UP government, the former Chief Minister took to Twitter and wrote, "Like the law and health system in UP, the public is also suffering due to the condition of roads,".
She said that the newspapers are filled with deaths due to road mishaps caused by waterlogged potholes and termed it "living proof of the failure of the government."
Highlighting the need for better roads and urging the BJP government to pay attention, the BSP leader said, "Whatever may be government claim about roads but, the condition of the roads in the state has again become so bad that people are unable to understand whether it is a pothole in the road or a road in a pothole. Government should pay attention."
Earlier this month, the UP Deputy Chief Minister Keshav Prasad Maurya had announced that the state government will conduct a 30-day special drive from September 15 to November 15, 2021, to make the roads in the state "pothole-free". (ANI)