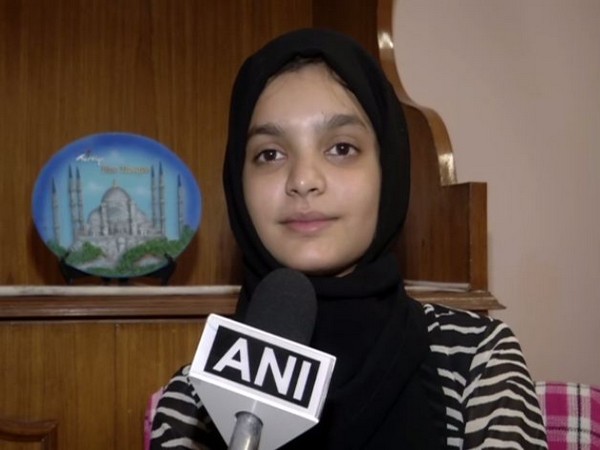 New Delhi [India], Oct 11 (ANI): Becoming a British High Commissioner is a very hectic job and a 22-year-old woman had a rare chance of taking up the post for a day and getting to experience what it is like to be the UK's envoy to India.

Ayesha Khan, who hails from Gorakhpur in Uttar Pradesh, won the 'High Commissioner for a Day' competition and the chance to be the UK's top diplomat to India. She served the post on October 4, the British High Commission said in a statement.
Khan spent the day overseeing the UK's largest overseas network, chairing briefing sessions, networking with dignitaries and meeting project beneficiaries.
Now in its third year, the 'High Commissioner for a Day' competition is a celebration of the 'International Day of the Girl Child' which is held on October 11 and was open to Indian women aged 18-23, the statement said.
As part of the selection process, applicants were asked to record a one-minute video on why gender equality is important and whom they see as their biggest gender equality inspiration. The competition saw an overwhelming response with applications received from across 14 states.
Narrating her experience, Khan told ANI on Friday: "It was a lovely experience. I enjoyed my day to the fullest. I got to meet such a diverse group of people from different backgrounds, including stakeholders from India and the UK. It was a fun day."
The young woman said she was overwhelmed when she got the opportunity and said that the employees at the British Embassy were warm and welcoming, although she chuckled, saying that her day went very hectic.
"My day went very hectic. It was a packed schedule. I got to lead the daily briefings of different departments. I went to Apeejay School (in Pitampura) to witness an amazing event -- 'Changing Moves Changing Minds' programme, which is an initiative by the British Council. I loved seeing how enthusiastic the kids were regarding gender equality and how beautifully they were portraying gender positive roles for boys and girls," Khan said.
"The people and diplomats who were there in the British Embassy were warm and welcoming. For a second, I did not think that I am a normal 22-year-old girl and I felt that I was a part of them. They showed me the embassy and the residential areas where diplomats live," she added.
Khan said she went to a 'Sewa' NGO where she met women from marginalised sections, saying she loved seeing how happy they were in their lives despite facing so many difficulties.
"The determination to fight for their rights is something that inspired me a lot," the 22-year-old woman recalled.
Khan said she interacted with alumni, scholars and youth from different backgrounds and stressed she had an amazing time with them.
"I also went to the Facebook Office and had an amazing time there. I met the Citibank CEO which was another fun experience," she said while beaming with happiness.
Asked whether she would get an opportunity to serve as British High Commissioner for a day, Khan said she was lucky to become one.
"Last year, I was watching the news when Esha Bahal won the British High Commissioner challenge. I was wondering how do people get such opportunities? I am lucky that I got this opportunity this year. When I saw the post on Instagram that there is a competition of the 'Day of the Girl' challenge, I submitted my entry and gave my best," the young woman stressed.
Khan further said while her parents were proud, it was her grandfather who was the happiest of all.
Asked whether she would pursue higher education, the girl said, "I want to complete my studies and want to study further. I want to put my knowledge that I gained through my professional studies into practical use."
Khan holds a Bachelors in Journalism and Mass Communication from SGTB Khalsa College in Delhi University and a Postgraduate Diploma from Bharatiya Vidya Bhavan. She is currently pursuing a Masters in Mass Communication from Guru Jambeshwar University.
"I want to do groundwork in human rights and gender equality and I want to make a change, even if it's a little," Khan remarked.
The young woman is passionate about human rights, equality and non-violence. She believes in the power of education and aspires to work in the education sector or study law and become a human rights advocate.
Speaking about British High Commissioner Dominic Asquith, who was the Deputy High Commissioner on that day, Khan said she was happy working with him and had a good interaction with the top diplomat. (ANI)