Mekong River: US calls on China to live up to its commitments on water data transparency 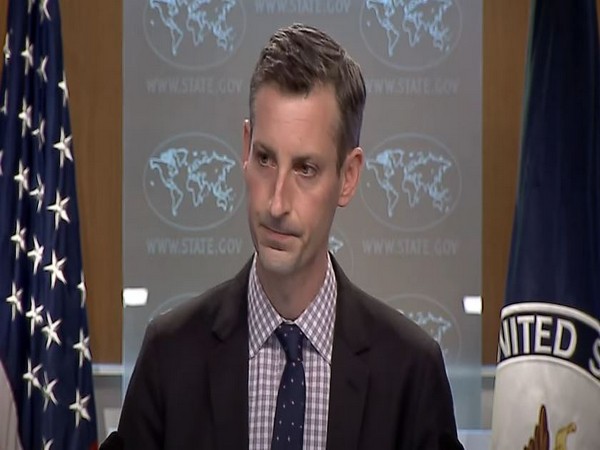 Washington [US], February 24 (ANI): Raising concerns over the dropping water-levels of the Mekong River, the United States on Tuesday (local time) called on China to 'live up to its commitments to water data transparency'.

"The US supports a healthy, sustainable Mekong River. We share regional calls for the People's Republic of China to live up to its commitments to water data transparency. Visit @Mekong Monitor for updated information on water levels. #Mekong US Partnership" said Ned Price, US State Department spokesperson, in a tweet.
Dams on the Mekong River, which originates in China, have adversely affected the livelihoods of people living in downriver countries such as Vietnam and Cambodia while the upriver neighbours continue to reap the benefits of hydropower projects.
Supporting the rights of downstream countries, the US Department of State in a press statement said, "We share the concerns of Mekong region governments and the Mekong River Commission about the recent rapid fluctuations and worrying drop in Mekong River water levels. We join their calls for the PRC to share timely and essential water data, including information about upstream dam operations. It is essential that the PRC live up to its commitments and consult with downstream countries."
"The United States supports transparency and accountability in managing transboundary resources. For decades, these values have guided our work to promote the health and sustainability of the Mekong River and the nearly 70 million people whose livelihoods depend on it," added the statement.
The US State Department also asserted its support for the local communities. "The United States, through the Mekong-US Partnership, will continue to support governments and local communities in the Mekong region. The Mekong Water Data Initiative, the Mekong Dam Monitor, and other tools put real data in the hands of the people who need it the most." (ANI)