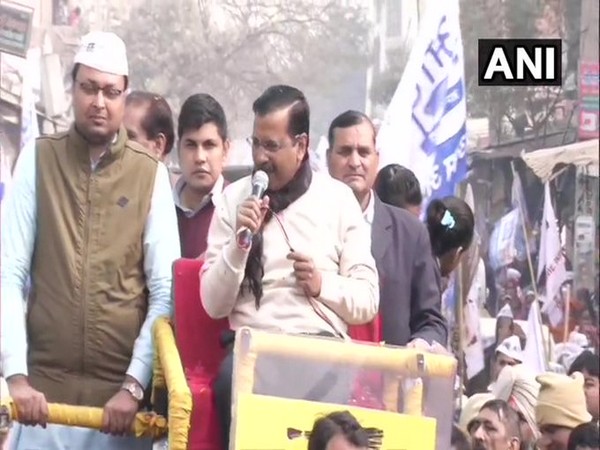 "From the last seventy years, no work was done. Not only in Kirari but the whole of Delhi. The mess of the last 70 years cannot be undone in five years. It will take time to gets things done," said Kejriwal during the roadshow.
"We have made bus travel for women free. Are the women in Delhi happy?" the chief minister asked the gathering before saying that "A lot needs to be done in the next five years," he added.
The Delhi Chief Minister is also scheduled to hold roadshows at Mundka, Vishwas Nagar, Laxmi Nagar and Rithala.
Meanwhile, Union Ministers Amit Shah, Rajnath Singh and Smriti Irani all have been slated to address rallies in the national capital today.
BJP national president JP Nadda will also campaign in the city.
Voting in all 70 Assembly constituencies of Delhi is scheduled to take place on February 8. Counting of votes will take place on February 11. (ANI)