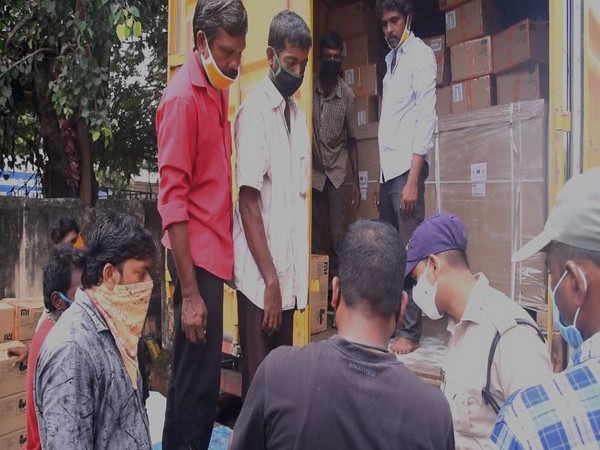 Guntur (Andhra Pradesh) [India], September 17 (ANI): As many as 980 mobile phones worth Rs 80 lakh were stolen from a container truck near Guntur city on Wednesday. The vehicle was travelling from Tirupati to Kolkata.

Another driver found the container open and alerted the driver. To this, the container driver responded immediately and went to Mangalagiri Rural Police Station and informed the police.
Guntur Urban Superintendent of Police Ammi Reddy has ordered an investigation into the matter.
Reddy told reporters, "We have enquired from the container driver. 980 mobile phones worth about Rs 80 lakh are found to be stolen. It is understood that the container door was cut and the goods inside were stolen."
"We are trying to find out the details of the accused based on the cell phone signals and CCTV footage. This might be the handiwork of a gang from Madhya Pradesh or Tamil Nadu," he said.
"Five special teams have been formed. We will soon catch the thieves," he added. (ANI)