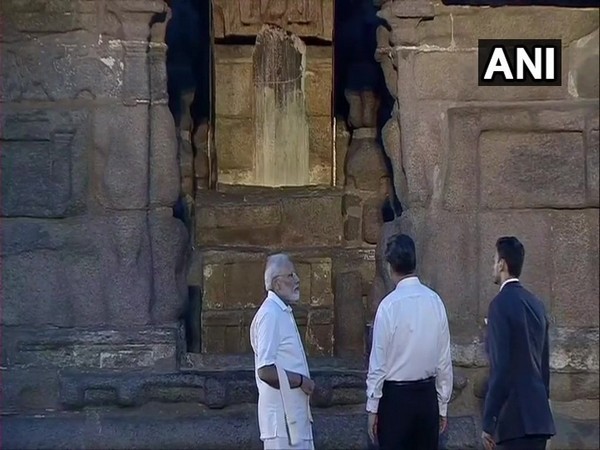 The two leaders took a walk through the beautifully-lit complex where a cultural programme is slated to begin shortly. 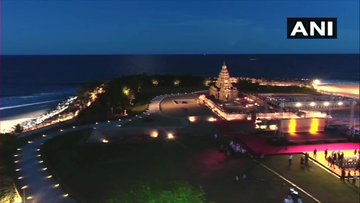 Ahead of the show, Xi and Modi exchanged pleasantries with the Chinese and Indian delegations which included External Affairs Minister S Jaishankar, National Security Advisor Ajit Doval and Foreign Secretary Vijay Gokhale.
Prior to this, the two leaders enjoyed fresh coconut water while catching their breaths at the magnificent Panch Rathas complex in the coastal city of Mamallapuram.
The leaders had previously taken a tour of the iconic relief structure Arjuna's Penance, an intricately carved ancient sculpture dating back to the Pallava dynasty and Krishna's Butter Ball - a big round boulder perched on a slope.
Wearing the traditional Tamil 'veshti' (dhoti), 'angavastram' (a shawl), and a shirt, PM Modi received Xi at the coastal town located 56 kilometres south of Chennai. The two leaders exchanged pleasantries and began the tour to the three monuments.
Taking forward the Wuhan Spirit, the Mamallapuram informal summit will provide an opportunity to the Chinese President and PM Modi to continue their discussions on overarching issues of bilateral, regional and global importance and to exchange views on deepening India-China Closer Development Partnership, the External Affairs Ministry said in a statement.
The summit is a follow up to the inaugural meet which was held in Wuhan on April 27 and 28 last year.
President Xi was earlier accorded a grand welcome by people who lined the streets along with traditional drum players, creating a warm environment which personified the Indian belief of 'Atithi Devo Bhava'.