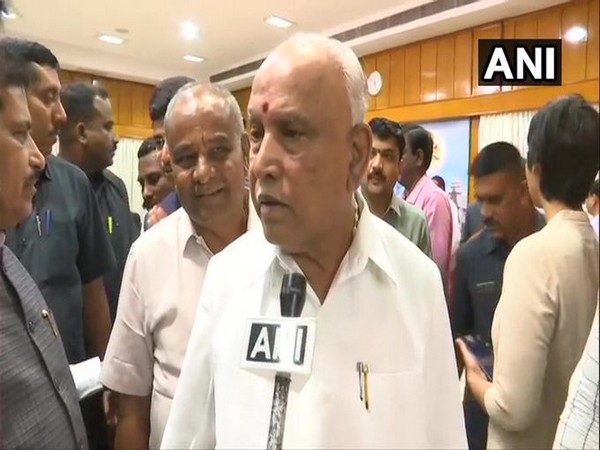 Bengaluru (Karnataka) [India], Feb 2 (ANI): Karnataka Chief Minister BS Yediyurappa on Sunday said that money will be provided for the suburban railway project in the state Budget and it is expected to be completed in three years.

Speaking to ANI on the suburban railway project, the Chief Minister said, "We are going to provide money in the Budget. We want to complete it in three years. We will start work as early as possible."
"On February 5, I will present the state budget, our main agenda will be agriculture," Yediyurappa had said on January 15.
Commerce and Industry Minister Piyush Goyal last year in February had discussed the project with then chief minister HD Kumaraswamy.
The Union Minister had said, "Bengaluru sub-urban railway project had come to a stalemate for long. It was under discussion for about 20 years. I ordered a feasibility study and got its report in 30 days. We included this project in the budget of 2018-19, subject to the approval of the state government. The project will be costing nearly 20,000 crores."
Elaborating further about the suburban rail project, Goyal had also announced that thousand crores worth of land will be given to the city for a token amount.
Announcing the most awaited cabinet expansion, Yediyurappa said, "Karnataka Cabinet expansion to be held on 6th February at 10:30 am." (ANI)