Mortal remains of Amar Singh brought to his residence in Delhi 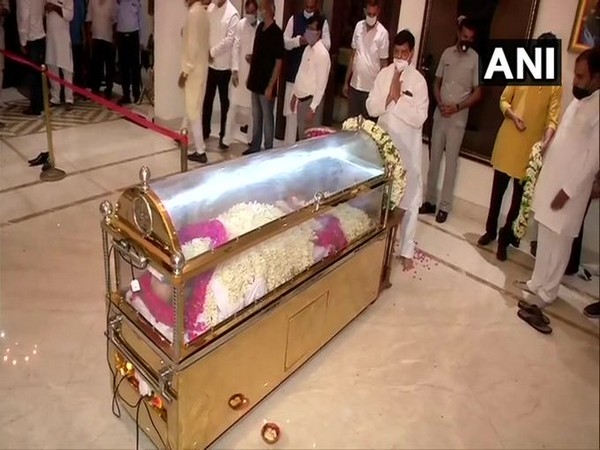 Pragatisheel Samajwadi Party (Lohia) leader Shivpal Singh Yadav and others paid last respects to the former Samajwadi Party leader.
Amar Singh passed away on Saturday. He was 64 years old.
Vice President M Venkaiah Naidu, who is also the Chairman of Rajya Sabha, on Saturday expressed condolences over Amar Singh's death and said he was an able parliamentarian.
Singh was a member of the Upper House and died in a Singapore hospital where he was under treatment for the past few months.
on Saturday, Prime Minister Narendra Modi expressed condolences on Singh's demise and said he was an energetic public figure.
"Amar Singhji was an energetic public figure. In the last few decades, he witnessed some of the major political developments from close quarters. He was known for his friendships across many spheres of life. Saddened by his demise. Condolences to his friends and family. Om Shanti," the Prime Minister said in a tweet.
Samajwadi Party chief Akhilesh Yadav expressed his condolences. Union Minister Rajnath Singh and Lok Sabha Speaker Om Birla were among leaders who condoled Singh's death. (ANI)