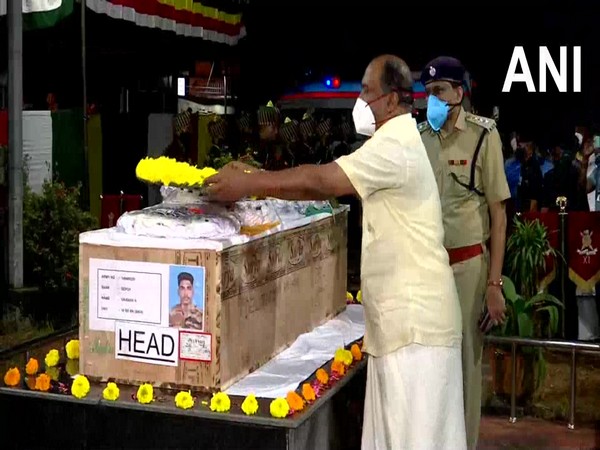 Kerala Finance Minister KN Balagopal and others paid last respects to the deceased. The mortal remains of the deceased will be taken to his native place Kottarakara in Kollam district for the last rites.
An encounter broke out in Jammu and Kashmir's Poonch on Monday morning in which a Junior Commissioned Officer (JCO) and four jawans of the Indian Army were injured in anti-terrorist operations and later lost their lives. (ANI)