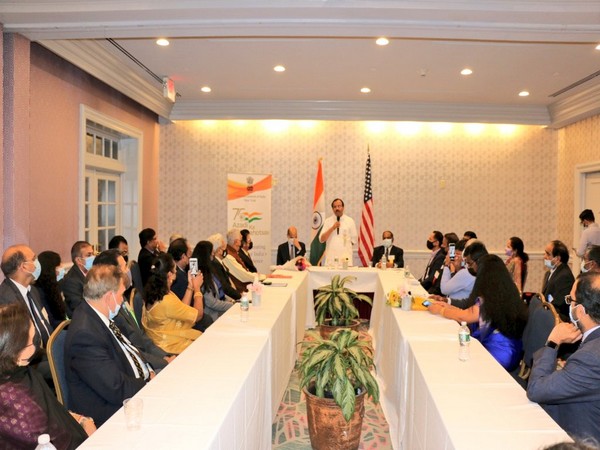 The Minister also celebrated the Azadi Ka Amrit Mahotsav with the Indian community.
"Had an engaging interaction with the dynamic Indian community in #Connecticut Happy to see their zeal to participate in #AzadiKaAmritMahotsav & partner in New India's growth story," the Minister said in a tweet.
India is celebrating 'Azadi ka Amrit Mahotsav', marking the 75th year of Independence amid patriotic fervour. A series of events are also being organised under the programme. (ANI)