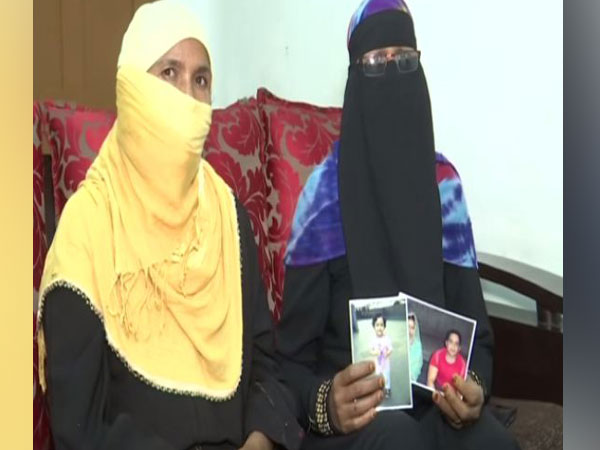 Hyderabad (Telangana) [India], Sept 13 (ANI): A woman, Nazma Begum, has alleged that her son-in-law took her daughter to Indonesia on the pretext of vacation and did not return while claiming that her daughter has been held captive for three years.

"Four years ago my daughter Heena, married Fazul and they resided here for two years after their marriage. Soon they were blessed with a baby boy. Later, my son-in-law took my daughter and her son to Indonesia on the pretext of a vacation for one month. It's been three years now, he didn't come back neither he sent my daughter and held her captive there illegally," said Nazma Begum, Heena's mother.
"I have written a letter to the External Affairs Minister, S Jaishankar and Chief Minister K. Chandrashekar Rao and appealed them to rescue my daughter and bring her back here,"
Nazma has alleged that his son-in-law consistently tortures Heena both physically and mentally. She further said that her daughter cannot come back even if she wants to as she doesn't even have a single penny to run away. (ANI)