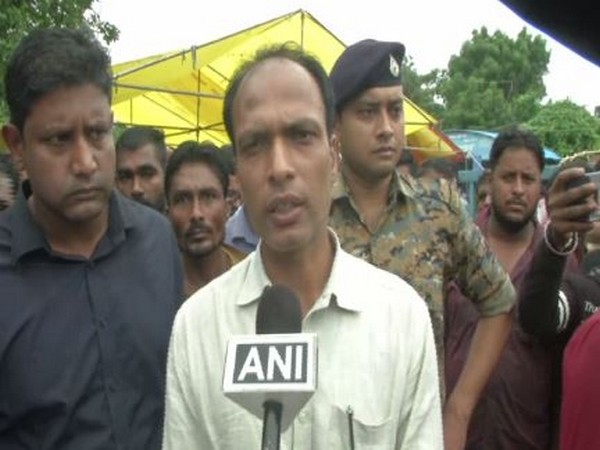 Bhopal (Madhya Pradesh) [India], Sept 13 (ANI): After the Madhya Pradesh Chief Minister Kamal Nath promised stern action in the Bhopal Ganesh immersion incident, two boat drivers were arrested on Friday.
"The two boat drivers have been arrested and an FIR has been registered against them. We have also put a ban on using boats for idol immersions," said Tarun Pithore, Collector, Bhopal.

The Chief Minister has increased the ex-gratia to Rs 11 lakh from Rs 4 lakh which was announced earlier for the kin of the deceased.
Though, the BJP MLA from Bhopal, Vishwas Sarang demanded that this compensation should be increased to Rs. 25 lakh.
"The compensation should be increased to Rs 25 lakh from Rs 11 lakh. It is very unfortunate that the Chief Minister has till now not visited the families and shared their sorrow," he said.
The incident happened after a boat capsised during Ganpati idol immersion at the city's Khatlapura Ghat on Friday morning, claiming 11 lives so far with several missing.
The State Disaster Emergency Response Force (SDERF) is carrying out a search operation at the ghat to locate those missing.
So far, 11 bodies have been recovered and six people have been rescued. (ANI)