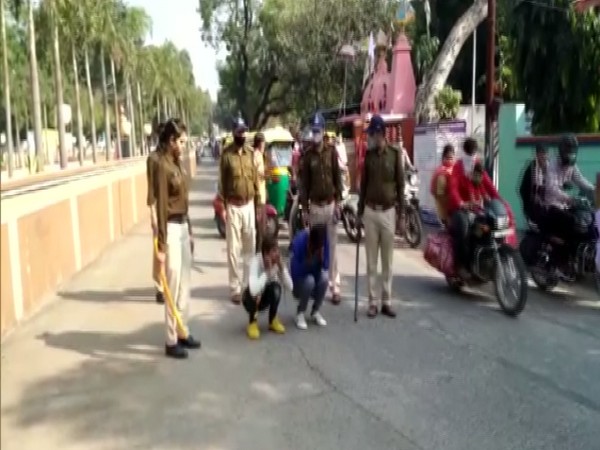 Dewas (Madhya Pradesh) [India], November 22 (ANI): Two persons were made to do sit-ups for allegedly sexually harassing women on streets under the limits of Dewas police station on Saturday.

"The two were catcalling at women passing around and made it difficult for them to step out of their houses," said lady constable Manisha.

"We had to do this to set an example that such behavior towards women will not be tolerated. We also took out their public procession," she added.
The duo allegedly misbehaved with the lady police constable as well.
Last month, two persons, who allegedly attacked the police on October 18, were arrested and made to do sit-ups in public in the Banganga area. (ANI)