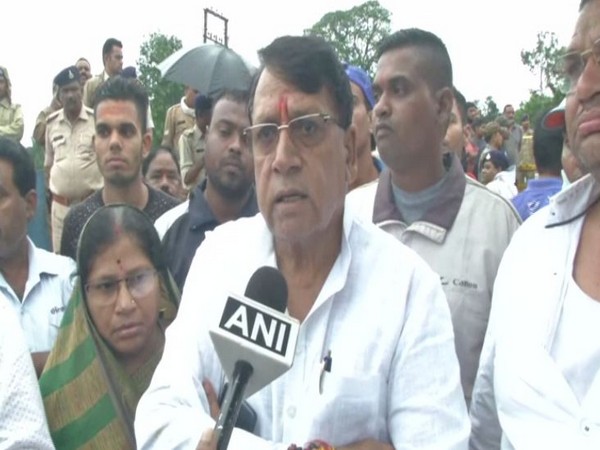 Bhopal (Madhya Pradesh) [India], Sept 13 (ANI): An ex-gratia of Rs four lakh has been announced by the district collector for the families of those who drowned and died during the Ganesh immersion in Bhopal on Friday morning.

"Despite proper security arrangements, this incident took place so we will investigate the matter and try to find out the reason behind this mishap. Collector has announced an ex-gratia of Rs four lakh for the kin of those drowned and died," said PC Sharma, MP Law Minister.
At least 11 bodies have been recovered and six people have been rescued till now, at Khatlapura Ghat.
"At least 11 people died while six have been rescued till now. They were a member of the Ganesh immersion committee and they all were youngsters. This incident is extremely saddening. As told by the authorities, the people who have drowned were taking a huge Ganesha idol in the boat and while they were immersing it, the boat they were sitting in got tilted and later capsized," he added. (ANI)