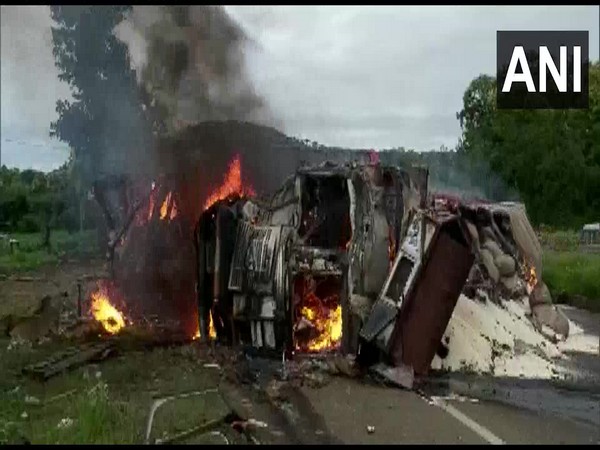 Seoni (Madhya Pradesh) [India], Aug 14 (ANI): Two persons were charred to death when two trucks caught fire in a head-on collision on the Jabalpur-Nagpur Highway in the Chhapara area of Seoni district of Madhya Pradesh on Thursday.

The trucks loaded with rice and mosambi (sweet lime) were coming from opposite directions when it engaged in a head-on collision. Both the drivers were charred to death and four more were injured, the police said.
Chhapara police station in-charge Nilesh Parteti said, "Two people charred to death, four others rushed to a hospital."
Due to the collision, the truck carrying rice overturned after getting dragged for a few feet, Parteti added. (ANI)