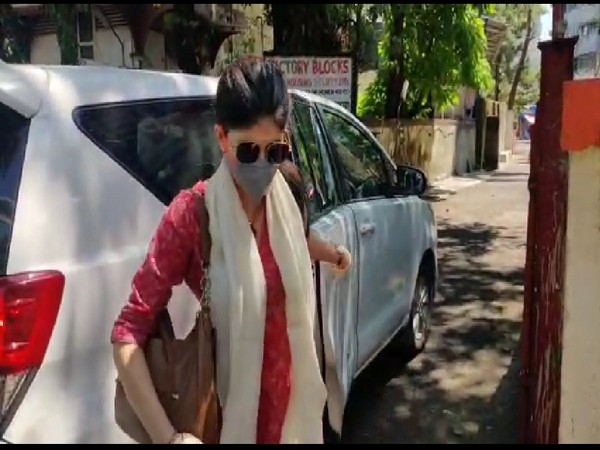 Mumbai (Maharashtra) [India], June 30 (ANI): The Mumbai Police on Tuesday interrogated and recorded the statement of actress Sanjana Sanghi, the co-actor of deceased Sushant Singh Rajput in 'Dil Bechara', in connection with his suicide.

Sanghi was Rajput's co-star in the last film the late actor worked in. She was accompanied by her mother and lawyer for the questioning.
The police will also interrogate film director Shekhar Kapur in connection with Rajput's suicide.
The police is likely to question Kapur in connection with the controversy surrounding the movie 'Paani' which was shelved for over eight years, and the impact it had on the late actor's mental condition.
The police have so far recorded the statements of 28 people in connection with the suicide case which left millions of his fans.
Earlier this month, Deputy Commissioner of Police Abhishek Trimukhe had said that the department is investigating every angle behind the actor's suicide. (ANI)