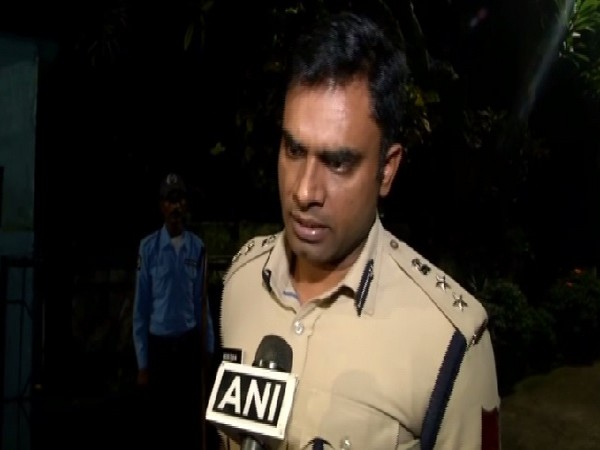 Murshidabad (West Bengal) [India], Oct 11 (ANI): Four people have been and are being interrogated in connection with a triple murder in Murshidabad, police said on Friday.

A police team on Friday reached the spot of crime. ADG South Bengal Sanjay Singh, SP Mukesh Kumar and Additional SP Headquarter Anesh Sarkar, visited the place, where the family was murdered.
Speaking to ANI, Superintendent of Police (SP) Murshidabad, Mukesh Kumar said, "We have not arrested anyone till now. We have detained two more people that brings the total number of detained to four and now we are interrogating them."
If there is any further lead or any arrest then we will let media know," he said.
On being asked any primary information regarding the case, the SP said, "We are getting information about some kind of financial dealings so we are working on that. Once we are confirmed we let you know."
"CID is also associating with us," he added.
Earlier today, West Bengal Police had said that the man who was killed along with family in Murshidabad is not an RSS worker and denied any political angle in the incident calling it a case of "personal enmity."
"During the investigation and while examination of several local witnesses, family members, friends, no one claimed his association with RSS. Even during the search of the house of the victim no such document could be found available, identifying the deceased with any political party. His family members vehemently opposed and criticised media for such false propaganda," the police said in a press release.
"Mother of deceased Maya Pal staying in Sahapur PS Sagardighi with her elder daughter Bandhu Priya Pal has denied any involvement with RSS," they said.
"A letter is recovered from the deceased house that appears to be written by his wife hinting towards a strained husband-wife relationship," the press release had said.
Several leaders from BJP and RSS have earlier claimed that the man, who was allegedly murdered in Murshidabad was an RSS worker. (ANI)