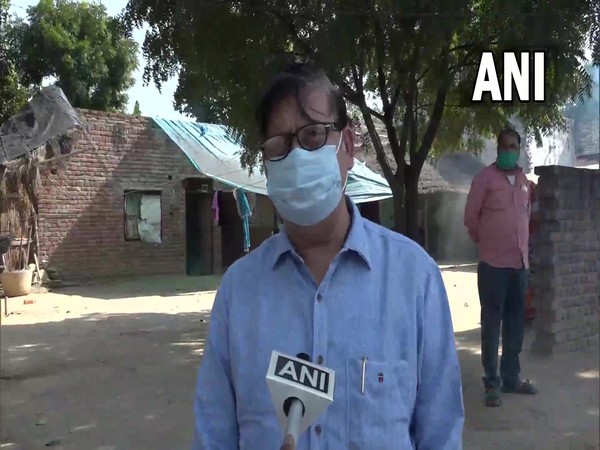 Agra (Uttar Pradesh) [India], October 13 (ANI): Following the 'mysterious' fever that claimed the lives of at least three persons in Agra, the Chief Medical Officer of the city on Wednesday said that the special team for Malaria is on the ground and medicines are being distributed in the city.

Speaking to ANI, the CMO Agra, Dr Arun Kumar Srivastava said the contaminated water has been found and appropriate measures are being taken to contain the fever.
"We have come across reports suggesting 7-8 deaths. So far we have verified three confirmed deaths, one Dhanauli, one Fatehabad and one more from a nearby village. We have found larvae, contaminated water in houses, fogging being done and appropriate measures being taken," Srivastava told ANI.
He further confirmed one death by jaundice and said that several houses are affected by fever.
"Several houses are affected. One girl died in a village after contracting jaundice, followed by fever. The presence of larva in houses is concerning, it can lead to the possibility of dengue," he said.
Furthermore, the villagers claimed that children have been falling ill for 20 days now and there is hardly any house without a child suffering from fever. (ANI)