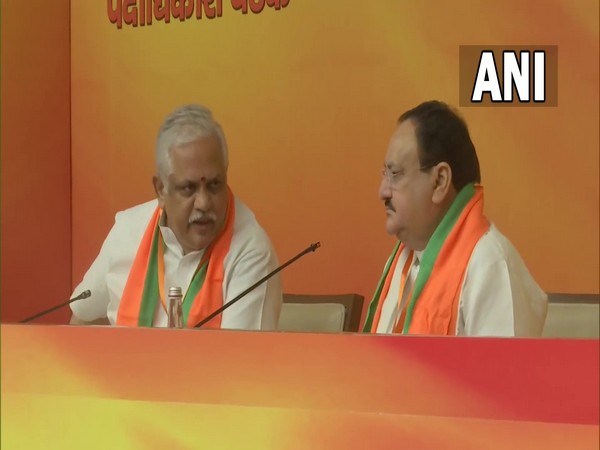 According to sources, BJP office bearers were asked to take achievement of the country globally when the country completes the administration of 100 crores Covid vaccine doses.
The BJP chief also slammed the opposition for misleading the nation on issues that were in the interest of the nation, sources stated.
The leadership also thanked the Prime Minister for making possible the task of 100 crore Covid vaccinations. The BJP chief has asked party members to take this historical achievement to the world.
As per the CoWin portal till 1:45 pm today, 97.9 crore vaccine doses have been administered so far in the country.
The BJP chief discussed the future course of action, especially in poll-bound states in the meeting held at party headquarters here. This is Nadda's first meeting post-Covid lockdown and after assuming the top post in the organisation.
The party leadership thanked Prime Minister Narendra Modi for extending the PM Garib Kalyan Anna Yojana benefit to the poor for a second year.
Approximately 80 crore people were provided with food grains and rations during the Covid pandemic.
Dr Raman Singh, national vice president, BJP said that the meeting is to delineate the course of organisation in the coming three months. "Nadda ji said that our plans should be of a nature where the relevance of party workers can be re-emphasised. The role of Opposition was to create an atmosphere of fear within people," said Singh.
Singh also said that Congress is at its all-time low. They have lost their relevance, he added.
BJP's national executive council meeting is also scheduled for November 7.
Assembly elections are scheduled in Uttar Pradesh, Uttarakhand, Goa, Manipur, and Punjab in early 2022. (ANI)