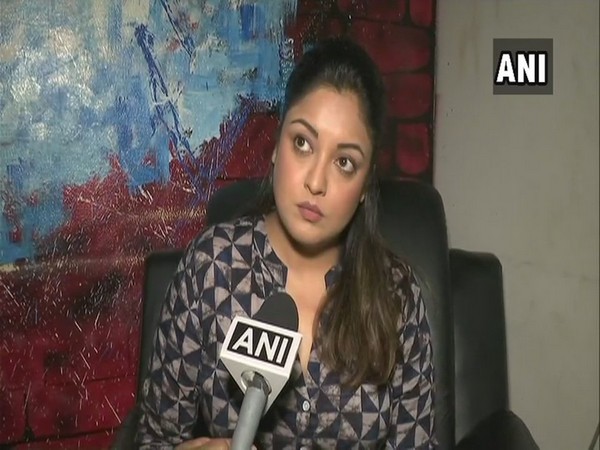 Mumbai (Maharashtra) [India], Feb 2 (ANI): Actor Tanushree Dutta on Sunday said that Nana Patekar's Naam foundation is harassing and threatening her with legal actions because she is telling the people "the truth about their illegal activities".

In a statement, Dutta said that she urged NGO's to file public interest litigation (PIL) against Naam foundation seeking a probe by the Central Bureau of Investigation (CBI) into their activities.
"Nana Patekar's corrupt and fraud Naam foundation is harassing me and threatening me with legal action because I am telling our countrymen about their illegal activities. Few media reports had come out about this in 2016 but the journalists were also harassed by them," she said.
The actor alleged that the Patekar's NGO takes hundreds and thousands of crores of money from the government and public every year but "doesn't give it to poor farmers and soldiers as they claim".
"Farmer suicides continued to rise from 2015. They (Naam foundation) traps Indian and international celebrities under different hashtags to promote their bogus campaigns on Twitter and social media and collect huge funds but have done nothing much to show for it," Dutta said.
Dutta alleged that Naam foundation also has links with nefarious illegal activities like extortion, harassment of civilians, criminal intimidation etc.
"I am informing some international forums also to take note of this as this is a grave violation of human rights. No one can threaten and intimidate an activist who is speaking up on matters pertaining to human rights anywhere in the world," she said.
In September 2018, Dutta had alleged that veteran actor Nana Patekar misbehaved with her on the sets of 'Horn Ok Please' in 2008 while shooting a special dance number for the movie, and went on to file an FIR against him. However, Patekar had refuted all allegations. (ANI)