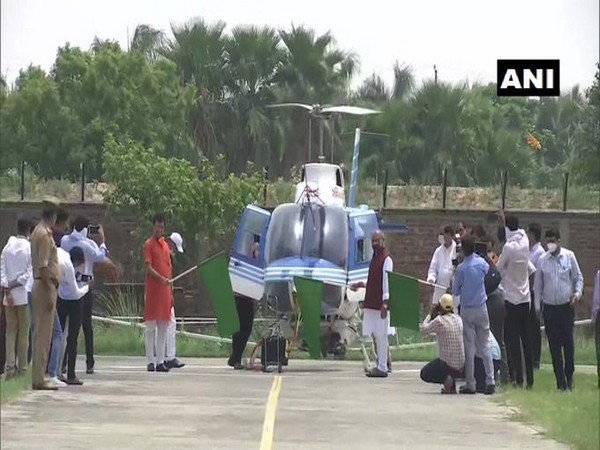 Presently major strategy of locust control is through 60 control teams with spray equipment mounted vehicles and more than 200 central government personnel engaged in such operations in states of Rajasthan, Madhya Pradesh, Punjab, Gujarat, Maharashtra, Chhattisgarh, Haryana, Uttar Pradesh and Bihar, read a statement.
However, need was felt to strengthen air control capabilities for locust control through drones, helicopters and aircrafts. In the review meeting held by the Minister of Agriculture and Farmers Welfare it was directed that the department must explore capabilities within the country to undertake such aerial spray operations through drones and helicopters/aircrafts.
Cabinet Secretary reviewed the locust situation on May 27 and directed that Ministry of Civil Aviation to assist the Department of Agriculture Cooperation and Farmers welfare (DAC&FW) in facilitating the procurement of goods and services for aerial spray of pesticides through drones, aircraft/helicopter.
On the same day, a meeting was held by Secretary, DAC&FW with Secretary of Ministry of Civil Aviation, representatives of NDMA and Pawan Hans. Thereafter, an Inter-ministerial Empowered Committee under the chairmanship of the Additional Secretary, Agriculture was constituted for facilitating the procurement of goods and services for aerial spray of pesticides through drones, aircraft and helicopter.
Till now 12 drones have been deployed for locust control in Jaisalmer, Barmer, Jodhpur, Bikaner and Nagaur. India has become the first country in the world to use drones for locust control after finalizing the protocols, the statement said.
One drone can cover 16-17 hectare area in one hour and in 4 hours can cover upto 70 hectare area.
Meanwhile. the Helicopter firm Malhotra Helicopters has been finalised for conduct of single pilot operation with Bell 206-B3 helicopter having a pesticide carrying capacity of 250 litre in one trip and which can cover about 25 to 50 hectare area in one flight.
The Helicopter will fly for Air Force Station at Uttarlai, Barmer where it will be stationed and from there deployed for locust control in desert area of Barmer, Jaisalmer, Bikaner, Jodhpur and Nagaur, as per protocol.
MoCA has further relaxed the terms and conditions of the conditional exemption granted for drone in anti-locust operations and permitted the use of engine-powered drones upto 50 kg and use of drones during night times also for anti-locust operations.
The statement further noted that starting from April 11 till June 28, control operations have been done in 2,33,487 hectares in states of Rajasthan, Madhya Pradesh, Punjab, Gujarat, Uttar Pradesh, Maharashtra Chhattisgarh, Haryana and Bihar.
No Significant crop losses have been reported in the States of Gujarat, Uttar Pradesh, Madhya Pradesh, Maharashtra, Chhattisgarh, Bihar and Haryana. However, some minor crop losses have been reported in some districts of Rajasthan.
To strengthen locust control capabilities in India, 10 ground spray equipments were imported from Micron, UK, during January, 2020 and 15 equipments in June, 2020. Additional 45 ground spray equipments will reach in the month of July 2020 and Locust Circle Offices have more than 100 ground control equipment by July.
The Centre has also issued a supply order of five aerial spray kits from Micron, UK in March 2020. The first two kits are to be delivered in September and rest, one month after the successful commissioning of the first kit. These kits will be fitted in Indian Air Force helicopters. (ANI)