Navratri: Goddess Mahagauri to be worshipped on Ashtami 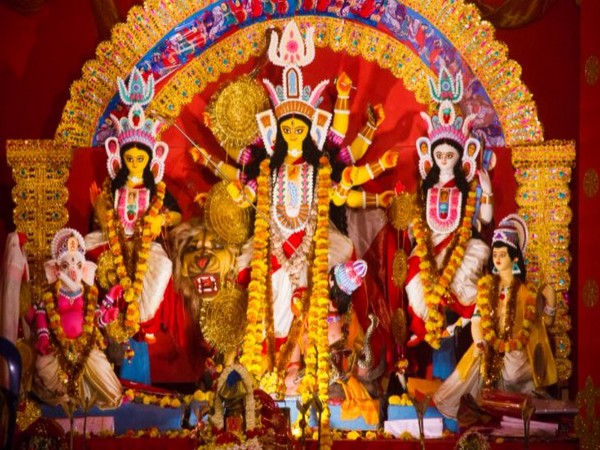 New Delhi [India], October 13 (ANI): Goddess Mahagauri will be worshipped on the eighth day of Navratri (Ashtami) on Wednesday.

Mahagauri is considered to be the eighth incarnation of Goddess Durga. The name 'Mahagauri' means the one extremely bright. She mounts on the ox. Mahagauri appears in many forms.
A member of the Minto Road Puja Committee in Delhi, said, "We make special bhog for Ashtami. We also offer Halua Puri after special Puja. Devotees are allowed in limited numbers as we are following COVID-19 guidelines issued by DDMA."
The celebrations of Sharad (autumn) Navratri involve worshipping Goddess Durga and her nine forms.
Shardiya Navratri begins from the first date of Shukla Paksha of Ashwin month, in which the divine forms of Maa Durga are worshipped for nine days.
However, this year Navratri will last only for eight days, which have started on October 7 and end on October 14. (ANI)