Need of hour is unity against invisible enemy of coronavirus: Andhra CM 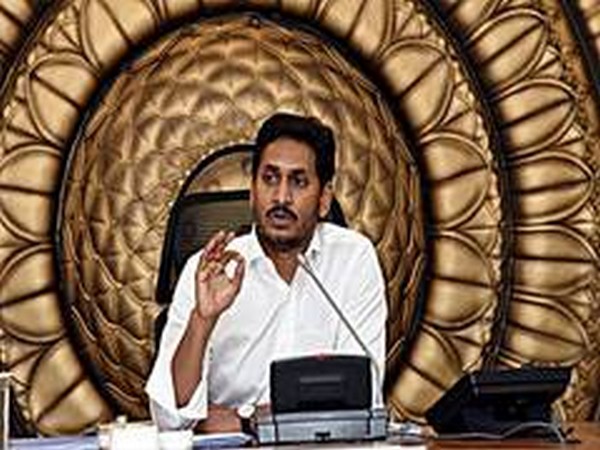 Chief Minister Reddy while addressing the people of the state on Thursday sent out a very clear message, and the need of the hour is 'unity' against this invisible enemy, according to a release from the CMO.
The Chief Minister also took this "opportunity to thank all those people who are working tirelessly to ensure that the state defeats corona like village volunteers, ASHA workers, ANMs, doctors, health workers etc."
According to the release, the Chief Minister reiterated that every single guideline issued by Prime Minister Narendra Modi should be followed and strict action will be taken against those who do not.
The District Collectors have been given strict orders to ensure that all possible problems raised by the citizens are solved immediately.
With a network of over 4.3 lakh volunteers and Grama Secretariat employees, Andhra Pradesh is the first state to not only trace more than 11,000 foreign returnees through its volunteer network but also the first in the country to set up isolation wards at multiple locations, as per the suggested requirements, said the release.
Four critical care hospitals have been set up in the state to ensure that we are prepared to face all eventualities.
"It is highly hurtful that the situation has become such that we aren't even able to welcome our people with a smile when they want to come back home. My heart aches to say this but such is the situation," the Chief Minister was quoted as saying while referring to incidents at Andhra Pradesh-Telangana border.
The Chief Minister requested the people to stay where they are and asked those who are coming back to consider how big "threat they can pose not only to themselves but to the lives of others as well. (ANI)