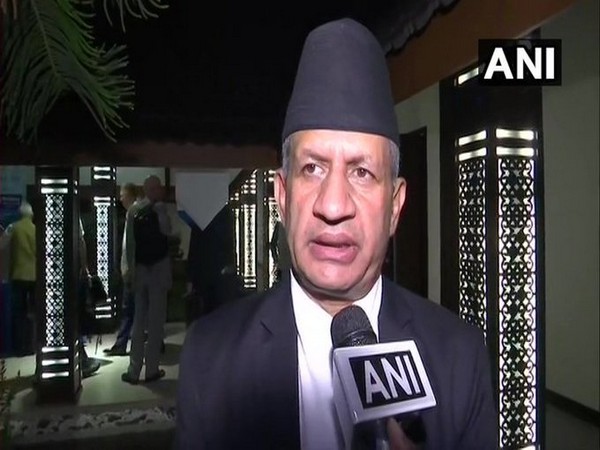 New Delhi [India], January 14 (ANI): Nepal's Minister for Foreign Affairs Pradeep Kumar Gyawali will be on a visit to India from January 14 to 16, according to the India's Ministry of External Affairs.

During the visit he will participate in the sixth India-Nepal Joint Commission Meeting and also meet his Indian counterpart External Affairs Minister (EAM) Dr S Jaishankar, a media advisory issued by the MEA on Thursday stated.
The visit comes in the backdrop of last year's border row between the two nations when Nepal published a new political map that showed the three Indian territories -- Limpiyadhura, Kalapani and Lipulekh as part of Nepal.
Earlier, Indian official, Harsh Vardhan Shringla visited Nepal in November to resettle bilateral ties with Nepal.
Also, Nepal has been under political turmoil since President Bidya Devi Bhandari dissolved the Lower House on Prime Minister KP Sharma Oli's recommendation in December.
After dissolving the Parliament, Oli also proposed elections on April 30 and May 10, 2021, nearly two years ahead of the schedule.
The move of Oli has been challenged in the Supreme Court. A total of 13 petitions have been filed against the unconstitutional dissolution of Parliament. Hearing on the case has already started with the next hearing scheduled for Friday. (ANI)