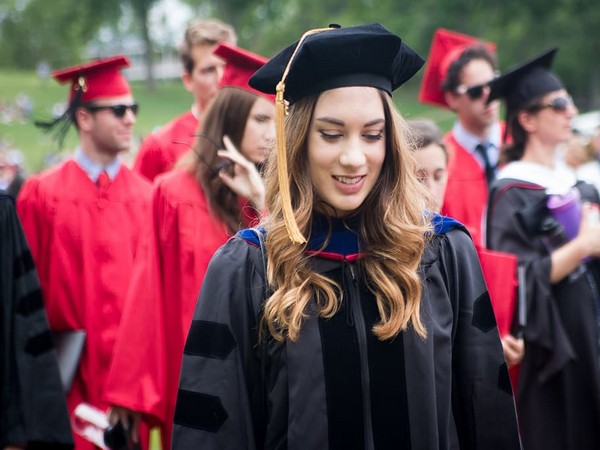 Texas [USA], July 1(ANI): Women exposed to successful and charismatic role models are more likely to follow them in choosing a university major (a specific subject that students can specialize in while aspiring to a college degree), suggest the findings of a new study.

An experiment with undergraduates studying introductory economics classes at Southern Methodist University (SMU) in the USA, revealed that female students were hugely more likely to study the subject further having encountered successful female graduates of the same course. The study was published in the American Economic Journal: Applied Economics.
Researchers from Texas A&M University and Lancaster University engaged two role models - chosen with the help of two current female economics majors - to speak with classes of undergraduates studying principles of economics classes about how their choice of major contributed to their success. They measured the uptake of future economics classes among that group when compared with those studying the same course who had no such interaction with the successful women.
Female students' enrolment in further economics classes almost doubled following the role models encounter, going against general patterns in recent years showing little progress in attracting women to the field.
"Our results show that role model intervention had a significant impact on all outcomes for female students," said report co-author Associate Professor Danila Serra, of Texas A&M University. "Being in a class that received the role model visits increased the likelihood that a female student would major in economics by almost 100 per cent. The probability of them taking intermediate or any other economics classes also increased by large margins.
"There is strong evidence of the impact of female role models on female students moving into fields of study in which men are traditionally over-represented, and that the encounters served as an inspiration."
Principles of economics classes at SMU are typically gender-balanced, with between 44 and 47 per cent of students female. In contrast, for the next step up, only 26 per cent of students are women, and the gender imbalance worsens by graduation, with less than a quarter of economics degrees awarded to women.
"Due to historical gender imbalances in some subjects, such as economics, it is difficult for young women to come into direct contact with successful women who have majored in these fields and who can inspire them to do the same," said report co-author Dr Catherine Porter, of Lancaster University Management School. "Our study suggests that role model intervention could have a significant impact on the treated women's lifetime income streams.
"Our research shows that the long-term goal of moving towards gender parity in the economics profession at all levels could be achieved simply and at a relatively low cost by exposing students enrolled in principles classes to successful and inspiring alumnae."
The researchers' data shows the majority of those women impacted were previously planning to major in lower-earning humanities fields, and the effect did not decrease the number of them majoring in male-dominated, higher-paying fields such as STEM and finance. Those women who swayed towards economics also performed as well, if not better, in exams as the control students, showing the attraction towards the change affected seemingly qualified women who were not previously pursuing economics. Thus, there could be a positive impact on their potential future earnings.
While the effect on female students in the role model classes was marked, there was no effect on the male students in the same groups. (ANI)