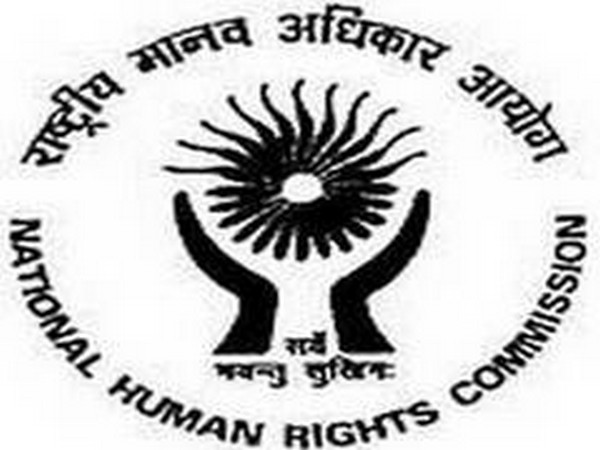 New Delhi [India], June 10 (ANI): The National Human Rights Commission (NHRC) in its recent order has sought compiled comprehensive reports from the Chief Secretary and DGP, Odisha with a compilation of reports from all the thirty District Collectors of the state for the prevention of sorcery and witch-hunting and payment of compensation to the victims of the social evil.

Issuing a fresh direction recently on a petition filed by civil rights lawyer and noted human rights activist and Supreme Court advocate, Radhakanta Tripathy, the NHRC passed the order.
The petition contained year-wise data of deaths in Odisha. The prevalence of the practice continues even after the intervention of the NHRC, NCW and other forums, Tripathy contended.
Earlier the NHRC had asked the Chief Secretary and directed all the District Magistrates to take action qua the implementation of prevention of Witch Hunting Act, 2013 at the village level, through the involvement of elected ward member of village Panchayats.
The NHRC had asked to do this by conducting effective awareness campaigns in schools with the assistance of recognized NGOs and also to provide monetary compensation to the victims or the family members of the victims.
The NHRC in its order stated "Tripathy, an advocate and human rights activist, had raised a very serious issue with the Commission qua the murder and killing of people on suspicion of witchcraft. The complainant had filed the 07-page complaint in the year 2019, against the atrocities and violation of human rights, committed against villagers in the name of witchcraft in Odisha."
Superintendent of Police, Malkangiri admitted that the Adivasi people have deep faith in the practice of black magic and witchcraft practice. Similarly, the Superintendent of Police, Sundargarh has also admitted the prevalence of such practice, Tripathy said.
Tripathy in his rejoinder reiterated that the state agencies are yet to expedite the probes and trials of offences under the Prevention of Witch Hunting Act, 2013. The state also failed to comply with an earlier direction from the NHRC, he added.
In an earlier case filed by Tripathy, the NHRC after careful consideration and grave importance of the case of sorcery and witchcraft directed the Special Secretary (Home), Government of Odisha to ensure strict implementation of the action plan aimed at prevention of witch-hunting throughout the state with special focus on areas and districts where the crime is widely prevalent.
The NHRC also directed the Home Secretary, Odisha, to ensure submission of appropriate half-yearly reports to the Commission regarding the effective and timely implementation of the action plan also indicating the reported witch-hunting incidents in the State.
The Registrar (Law) of the NHRC shall evaluate the said reports and bring it to the notice of the Commission as and when he considers it necessary for making direction, the order stated.
The act of violent attacks, in suspicion on the practice of sorcery and witchcraft, especially against the women was prevalent all over the world, including Europe, the NHRC observed.
The same was eradicated and now no trace of the same can be found in the developed world. However in India, other than few places, violent attacks in suspicion on the practice of sorcery and witchcraft, especially against the Women are not found, the NHRC observed.
Citing the relevant portion of the Act, the NHRC observed that the State Government may make one or more schemes to conduct awareness programme on blind belief and educate people about the absurd concept of an evil spirit, witchcraft. It also provided for the compensation to be paid to the victims.
The Apex Human Rights Panel passed the order after the state allegedly failed to implement the Act in sense and spirit and submit its detailed report. (ANI)