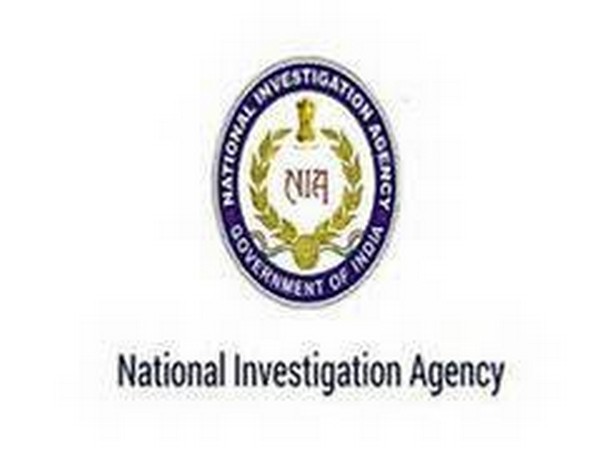 Patna (Bihar) [India], Mar 25 (ANI): The National Investigation Agency (NIA) on Wednesday filed a supplementary charge-sheet in its special court in Purnia arms case, in which highly sophisticated weapons and ammunition were recovered.

The charge-sheet was filed against accused Santosh Kumar, who is a resident of Ara district in Bihar, under several sections of the Indian Penal Code (IPC), Arms Act and Unlawful Activities (Prevention) Act.
NIA said that the investigations in the case have found that Kumar was one of the prime members of the weapons' trafficking network and their supply to the Naxals in Jharkhand.
"Kumar had extensively used banking and hawala channels for transfer of funds for procurement of weapons and such transactions worth more Rs 2.2 crores have been identified during the investigation," the agency said in a statement.
The case pertains to the interdiction of highly sophisticated weapons and ammunition on February 7, 2019, by Bihar Police, including Under Barrel Grenade Launchers, AK series rifle and a large amount of ammunition from three persons travelling in a car.
"Investigation has established that a large number of illegal sophisticated prohibited weapons and ammunition were supplied by an accused Ningkhan Sangtam, a self-styled Major of NSCN (IM) through illegal arms dealers of Bihar to Bhikhan Ganjhu, a Zonal Commander of TPC, a Naxal terrorist gang, proscribed by the Jharkhand Government," the agency said.
Earlier, two charge-sheets were filed against six other accused namely Suraj Prasad, VR Kahorngam, Clearson Kabo, Tripurari Singh, Mukesh Singh and Ningkhan Sangtam on August 3, 2019, and November 22, 2019.
NIA said that further investigation and actions to nab absconding accused Bhikhan Ganju are on in the matter. (ANI)