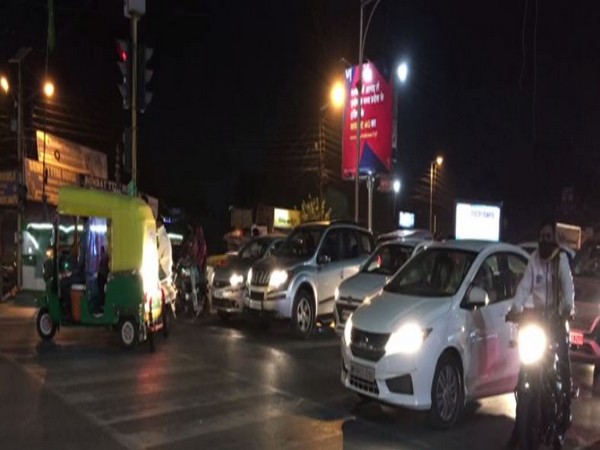 Indore/Gwalior (Madhya Pradesh) [India], November 22 (ANI): Following Madhya Pradesh Chief Minister Shivraj Singh Chouhan's announcement of night curfew in five districts due to rising COVID-19 cases, night curfews came into effect in Indore and Gwalior from Saturday. The night curfew will be from 10 pm to 6 am the next day.

In Indore city, police were hardly seen enforcing the night curfew. People were seen roaming on roads at midnight. While most shops were shut even before the commencement of the night curfew, few of them were open in absence of police personnel. Petrol pumps remained open even after 11 pm.
A total of 546 new COVID-19 cases were reported in Indore district on Saturday. There are 2,825 active cases.
Meanwhile, Gwalior district administration ensured the closure of markets during the curfew from 10.00 pm, asking people to follow the rules.
While most shopkeepers in Gwalior city cooperated, some blamed the recent Madhya Pradesh bypolls for the surge in the COVID-19 cases.
"Some time ago when elections and public meetings were held, why such rules were not followed," asked a shopkeeper.
The police, meanwhile, checked all the vehicles.
According to the state government, people engaged in essential services, and factory workers have been exempted from the night curfew. On the decision of containment zones, the chief minister said that he has left it to the government's crisis management group. (ANI)