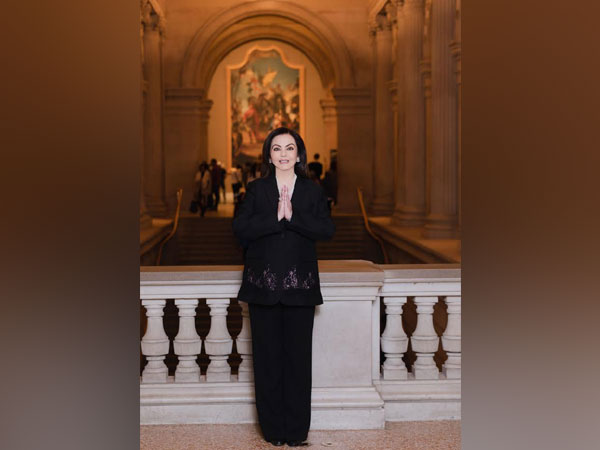 New Delhi: The Chairperson of Reliance Foundation, Nita Ambani, has been elected to the Board of the Metropolitan Museum of Art in New York City.

Ambani became the first Indian to be honoured with the role of a trustee in the Museum's 149-year-history.

The Metropolitan Museum of Art is the largest art museum in the United States, with permanent collections consisting of works of art from ancient Egypt, as well as scriptures from nearly all the European masters. The 149-year old museum draws millions of visitors from across the world every year and was the third most visited art museum in the world in 2018.

56-year old Nita Ambani is the wife of wife of Mukesh Ambani, the chairman of Reliance Industries and Asia's richest man.