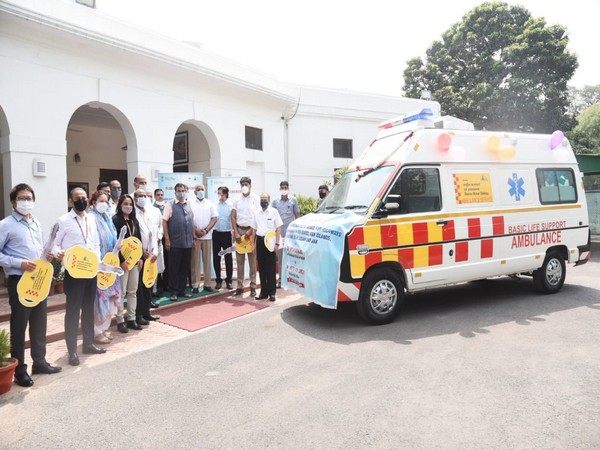 As per a statement, the states and union territories that will avail the benefits of the new service are - Andaman and Nicobar Island, Arunachal Pradesh, Jammu - Kashmir, Ladakh, Manipur, Meghalaya, Mizoram, Nagaland, Sikkim, Tripura and Uttarakhand.
As per road accident statistics, 415 deaths per day in India, about 40 per cent of lives can be saved if immediate and basic medical treatment received during the golden hour period.
Ambulances with basic life-saving support systems play a crucial role in stabilising the critically injured person. (ANI)