No development in all three regions of Andhra Pradesh: TDP leader 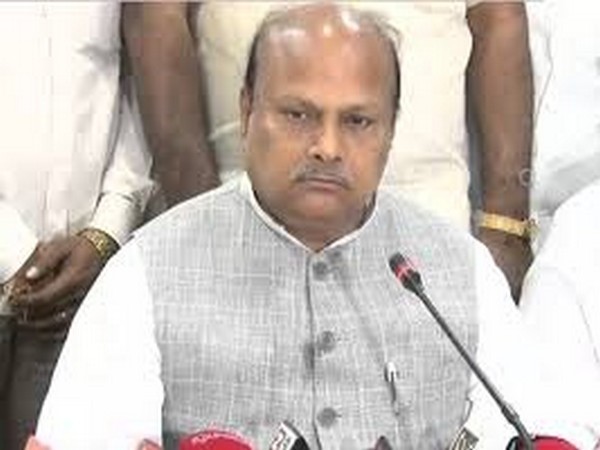 Amaravati (Andhra Pradesh) [India], August 2 (ANI): Launching a scathing attack on the YSRCP government, senior Telugu Desam Party (TDP) leader and former finance minister Yanamala Rama Krishnudu on Sunday said there was zero development in all the three regions of Rayalaseema, Coastal and North Coastal Andhra in the last 14 months of its regime.

Krishnudu said it was like the devil quoting the scriptures when Chief Minister Jagan Mohan Reddy was speaking of the development of all the three regions in the name of trifurcation of capitals.
"The CM should explain why he could not usher in a single developmental project in any of these regions since coming to power in 2019," Krishnudu said.
The Opposition leader said the MedTech Zone and FinTech Valley projects were destroyed in Visakhapatnam. Over Rs. 70,000 Cr Adani Data Centre was driven away from North Coastal Andhra. The same was the fate of Lulu Group's multi-crore project.
"The YSRCP rule has reduced the port city into a haven of land grabbers and property offenders with the ordinary public feeling highly unsafe and insecure," he said.
He said that even in Rayalaseema, the YSRCP gangsters used pistols to threaten the managements of solar power plants. In Prakasam district, Rs 25,000 cr paper and pulp industry has gone back. From this, it was clear how Jagan Reddy was running a destructive but not a development regime, he added.
"The CM was using three capitals as a political gimmick for his selfish and personal agenda. Violence, demolitions and destruction were the foundation on which the Chief Minister was building his empire," he said.
Stating that development was never a priority for YSRCP, Krishnudu said, "If the ruling party leaders were honest, they would not have touched the PPAs nor would they have received warnings from the embassies of five countries. The YSRCP would not have suffered setbacks in courts 70 times. For five years, the TDP strove hard to increase the potential and prestige of Visakhapatnam developed but all that was immersed in Bay of Bengal in just 14 months."
"Three investment summits were held in the port city like the FinTech Festival and Black Chain Conference during the TDP regime, but not a single such summit was organised since YSRCP came to power," said Krishnudu.
He said the ruling party leaders made it a habit to destroy the statues of NTR, foundation stones laid by the TDP rule, houses constructed in the past and also to tear the capital dream into three pieces.
"The regional development authorities were a good concept to develop people in specific regions but even this was being misused. Jagan Reddy destroyed Amaravati Capital Region Development Authority though it would benefit all 13 districts. At the same time, the CM promoted Pulivendula Area Development Authority to benefit people of just his assembly constituency," he said. (ANI)