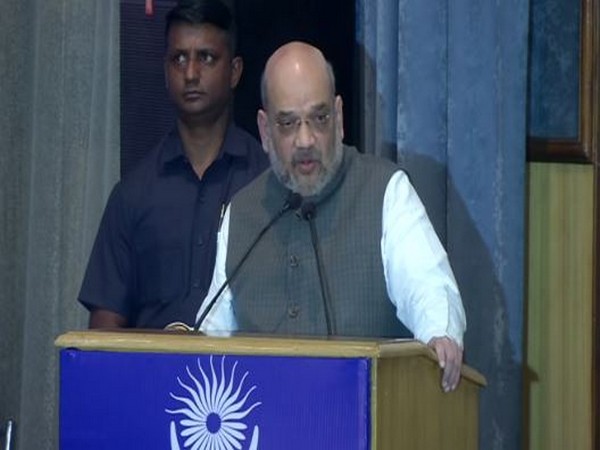 New Delhi [India], Oct 12 (ANI): There is not a bigger violation of human rights than the one inflicted by terrorism and Naxalism, said Home Minister Amit Shah here on Saturday.

Shah, who was addressing the 26th foundation day of NHRC, underlined the menace of terrorism in Kashmir and said that around 40,000 people died due to terrorism in the Valley.
"Due to Naxalism, many districts were deprived of development and many lost their loved ones. Did they not have human rights? The human rights have been violated in the biggest capacity for those who have suffered from Naxalism and terrorism," said Shah.
"It is our responsibility to deal with custodial deaths and extrajudicial killings but it is also our responsibility to provide every person with a life of dignity and peace," he added.
Praising the work of NHRC and NGOs in the past 25 years, Shah said: "NHRC and efforts of various NGOs to spread awareness in this field have been unprecedented. This government is very serious to carry this forward."
Shah further urged the NHRC and the NGOs working in the field of human rights in India to develop a unique perspective towards the concept of human rights, which addresses the diversity and challenges of the country.
The Union Home Minister also stated that the traditional values of ancient Indian society encompass the concept of human rights.
"Our culture teaches us about the ideal of 'Vasudaiv Kutumbakam'. The concept of viewing the world as one's own family itself encompasses the concept of human rights," said Shah.
Shah also termed poverty as one of the challenges in today's discourse of human rights.
"If we talk of human rights in India, if more efforts are put by all the stakeholders including the government towards the elimination of poverty, then the results will improve dramatically," he said.
Shah went on to underline various initiatives of providing housing, electricity connections, gas connections and toilets to the economically weaker sections as the Central government's efforts towards alleviation of poverty.
"For the first time since Independence, Prime Minister Narendra Modi's government has attempted to address all these challenges to preserve the human rights of more than 70 crore people," said Shah. (ANI)