No separate SoPs for festivals like Chhath, Diwali: Govt sources 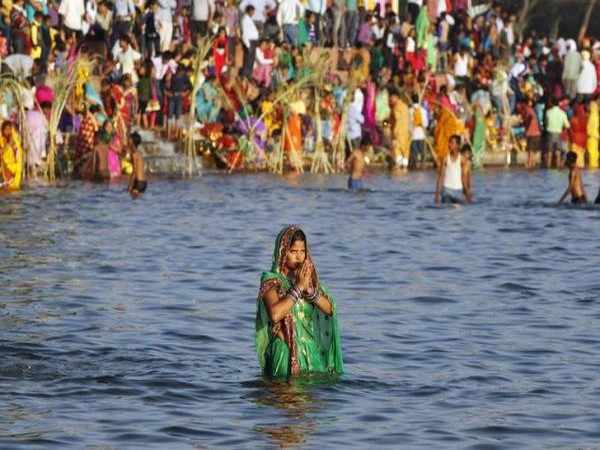 By Pragya Kaushika
New Delhi [India], October 13 (ANI): There are no separate standard operating procedures (SoP) for specific festivals, even for Chhath, and the existing policy to prevent the spread of COVID-19 will continue, stated government sources.

Responding to concerns raised by Delhi's Deputy Chief Minister Manish Sisodia who urged the Centre to issue SoPs ahead of Chhath and Diwali, the government sources said there are SoPs in place already and that there is no need for fresh SoPs.
Sisodia has urged the Centre to issue SoPs for Chhath soon after consulting health experts.
"As health is a state subject, we had already issued SoPs related to COVID protocols. Every state decides for itself like whether RT-PCR is mandatory on airport arrival or not. We don't interfere. We have SoPs in place and they are sufficient," stated a government source.
While cautioning the country during festival season regarding COVID-19 cases, government sources said that there will be no third wave if the people of the country decide. Sources stated that India has managed well so far and the government is concerned that the situation should not deteriorate during festival season.
"We should know COVID has not left us yet. We are concerned that the situation won't deteriorate from this. To prevent the third wave, the responsibility lies on people of this country," stated the source.
Many in the BJP however believe that Sisodia has deliberately raked up the issue of Chhath and SoPs as the party has been protesting against restrictions on Chhath Puja celebrations. Administering caution, the government, however, is trying to avoid any political duel over Chhath Puja celebrations. (ANI)