No violations in Rafale deal with India, says Dassault Aviation 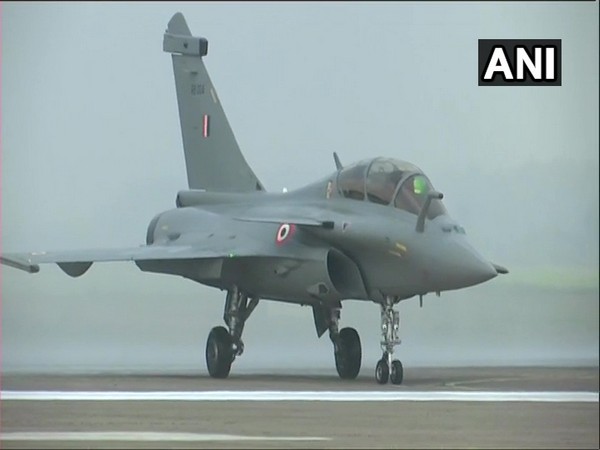 Saint-Cloud [Paris], April 8 (ANI): Dassault Aviation, which manufactures the Rafale fighter jets, on Thursday said no violations have been reported "in the frame of the contract with India" for the supply of 36 Rafale fighter jets and that numerous controls are carried out by official organisations including the French Anti-Corruption Agency.

Responding to recent allegations in the media about the contract signed in 2016 for the supply of 36 Rafale combat aircraft, a Dassault Aviation spokesperson said the company acts in strict compliance with OECD anti-bribery convention and national laws, in particular, the law of December 9, 2016, known as Spain 2.
"Numerous controls are carried out by official organizations, including the French Anti-Corruption Agency. No violations were reported, notably in the frame of the contract with India for the acquisition of 36 Rafales," the spokesperson said.
Dassault Aviation said it has since 2000 implemented strict internal procedures to prevent corruption and guarantee the integrity, ethics and reputation of the company in its industrial and commercial relations.
It said that in the context of Spain 2 law, the company has completed and strengthened its system for prevention and detection of corruption and influence-peddling both at the level of the parent company and its subsidiaries.
"The contract with India for the acquisition of 36 Rafales has been established on a government-to-government basis. This contract, as well as the offsets corresponding contract, meet the criteria established by these regulations and are being executed in full transparency between the various government and industrial partners," it said.
The aircraft were delivered in respect of the schedule and fully meet the security needs of Indian authorities, the company added.
Noting that Dassault Aviation and Reliance Group have established Dassault Reliance Aerospace Joint Venture in 2017, the spokesperson said that Dassault Aviation and its partners are working with 60 companies in India and negotiations are underway to establish potential new cooperation.
Congress leader Randeep Singh Surjewala had earlier this week cited a new report in French media and sought a probe into alleged kickbacks in the Rafale deal.
Union minister Ravi Shankar Prasad had rejected the Congress allegations saying the party lost the case in Supreme Court and the CAG had also rejected the charges.
He said the Congress had raised its allegations vociferously in 2019 polls and the lost the election. (ANI)