Not a rubber stamp, I follow script, tune of Constitution: WB Guv amid assembly adjournment 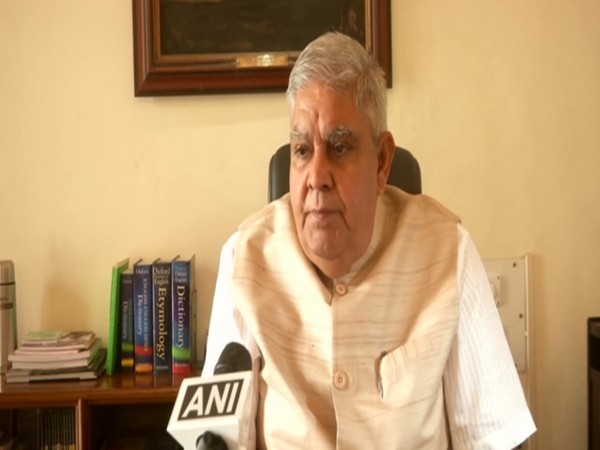 Kolkata (West Bengal) [India], Dec 4 (ANI): A day after West Bengal Legislative Assembly Speaker Biman Banerjee adjourned the house for two days, Governor Jagdeep Dhankar announced that he will be visiting the assembly on Thursday adding that he is not a 'rubber stamp'.

West Bengal Legislative Assembly was on Tuesday adjourned for two days as Speaker Biman Banerjee said that Bills scheduled to be introduced have not received the nod of the Governor.
Responding sharply, the Governor on Wednesday tweeted: "As Governor I follow the script and tune of the Constitution and cannot blindly take a call. I am neither a rubber-stamp nor a post office. I am obligated to scrutinize the bills in light of the Constitution and act without delay. Concerned at the delay by the government on this."
Dhankar also announced that he will be visiting the legislative assembly to know the building and facilities.
"Finding that today and tomorrow the state assembly is not in session, I have written to the Speaker this morning that I will be visiting the assembly tomorrow at 10:30 am. The purpose of the visit is to know the building, facilities and a visit to the library," Dhankar told ANI.
He said that the visit will give him an opportunity to acquaint with the rich historical background of the legislative assembly of West Bengal.
"I have gone into the historical background of the assembly. This will give the opportunity as guv and also as part of the legislature in terms of the Constitution. I will acquaint myself with the rich heritage and background of the legislature," he added. (ANI)