Not enough to be active on social media, fight government on streets: Sonia 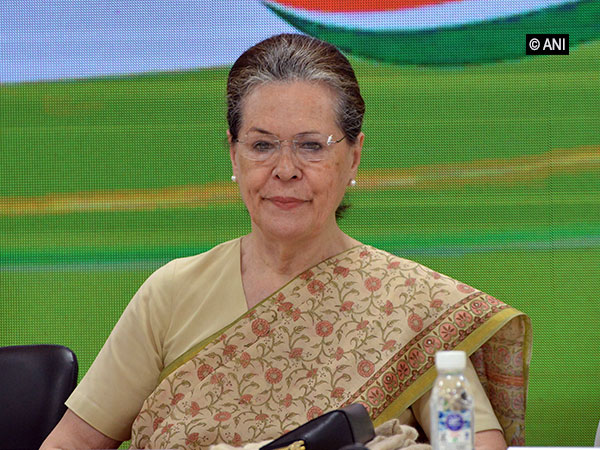 New Delhi [India], Sept 12 (ANI): Congress president Sonia Gandhi on Thursday asked party workers and leaders to fight against the Central government's policies on the streets in villages and towns as it is not enough to be active and aggressive on social media.

In her opening remarks at a meeting of party general secretaries, state unit chiefs and Congress legislature party leaders, she said that it is far more important to go to the people directly and fight for their problems.
However, she also said that the party needs to do better on social media.
Gandhi said the party needs to have a concrete agitational agenda.
She attacked the Modi government on a range of issues including 'economic slump,' 'vendetta politics' and 'silencing dissent' and said the country was looking at the Congress to confront these forces.
Without naming the BJP, she accused it of trying to appropriate legacies of Mahatma Gandhi, Sardar Patel, and Dr BR Ambedkar and 'misrepresent their true message for their nefarious ends.'
"We must stand up fearlessly to fight on the streets, fight in villages, towns, and cities. We must have a concrete agitational agenda on issues of pressing concern to the people--whether they be economic or social. It is not enough to be active and aggressive on social media even though that too is needed and we need to do that better. Far more important is to go to the people directly," she said.
Gandhi's emphasis on agitational politics is seen to be significant in view of the party suffering a series of electoral defeats over the past five years. It suffered its second successive Lok Sabha polls defeat earlier this year and could increase its tally only by eight seats.
The party was seen to have highlighted its issues through press conferences and social media but was seen to be less active in holding agitations or organising marches.
Rahul Gandhi had resigned as party chief following the party's debacle in the Lok Sabha polls and Sonia Gandhi agreed to be interim chief last month after months of uncertainty gripping the party.
Following Sonia's remarks, the party units are expected to draw a concrete agitational agenda in the coming weeks. (ANI)