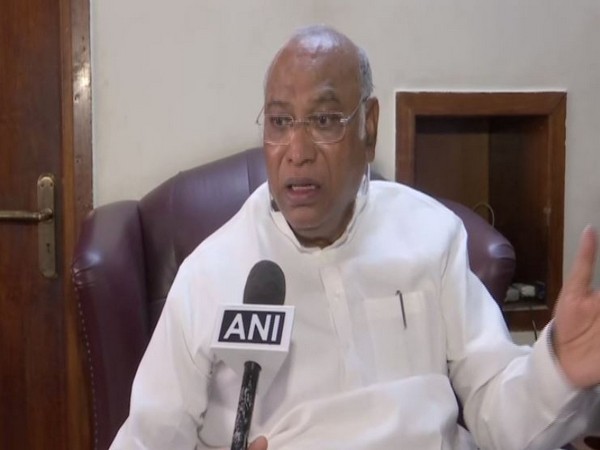 Bengaluru (Karnataka) [India], Feb 1 (ANI): Senior Congress leader Mallikarjun Kharge on Saturday said that Union Budget presented by the Finance Minister Nirmala Sitharaman has nothing for the youth and the farmers except for some small concessions for salaried people.

"There is nothing in this Budget except small concessions given to the salaried class whose annual income is more than Rs 5 lakhs. Otherwise, there is nothing for the poor, for the unemployed youth. The problem of unemployment should have been addressed. And there is nothing for farmers," Kahrge said.
The Finance Minister in her Budget speech in Parliament had said that under the new personal income tax regime, individual taxpayers to pay tax at a reduced rate of 10 per cent for income between Rs 5 lakhs and Rs 7.5 lakhs against the current rate of 20 per cent.
Those with income between Rs 7.5 lakh to 10 lakh will pay tax at 15 per cent against the current 20 per cent. Those with income between Rs 10 to 12.5 lakhs will pay tax at 20 per cent, down from 30 per cent. The tax rates for income between Rs 12.5 lakhs to 15 lakhs will be 25 per cent under the new regime, Sitharaman announced.
Kharge said that the government has admitted that there was harassment of taxpayers and said, "I am surprised that they themselves agreed and said there will be no more harassment of taxpayers. It implies there was harassment. The Budget is not going to improve the wealth of the country."
"The Budget is not satisfactory, the applause from their (treasury benches) side was not much either. This implies that they themselves were not happy," Kharge added. (ANI)