NRC will not be implemeted in West Bengal, it will destroy peace: Mamata Banerjee 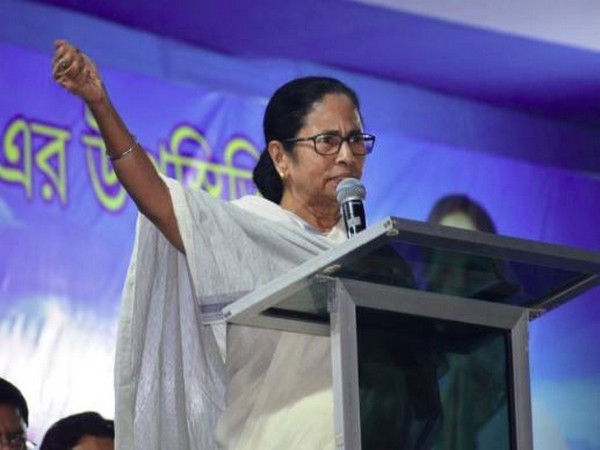 By Tarak Sarkar
Siliguri (West Bengal) [India], Oct 21 (ANI): Chief Minister Mamata Banerjee on Monday stated that Register of Citizens (NRC) will not be implemented in West Bengal as it will "destroy peace."

Mamata addressed a public gathering at a Bijoya Sammilani programme organised by Siliguri Metropolitan Police (SMP) here.
"We will act as a guard for the people of Bengal and I assure you that NRC will not be implemented in the state. I oppose the Citizenship Amendment Bill (CAB). Nobody can remove the citizens living in their own states. Bengal doesn't need NRC here," said Mamata.
"No one can remove citizens from their own states. Bengal does not need NRC and it will surely not be implemented here. I believe in all religions and no citizen will have to leave their place, whether they are Bengali or from any other religion," she added.
Attacking Union Minister Amit Shah's vow to implement CAB in West Bengal before the NRC, Mamata stated that in the name of CAB, the government was trying to declare many people as foreigners.
"It is our democratic right to live in our nation when we cast our votes here. Bengal is a place of peace and the NRC will destroy that peace, I strongly oppose this. Our government was with you, and will be with you forever," Mamata said. (ANI)